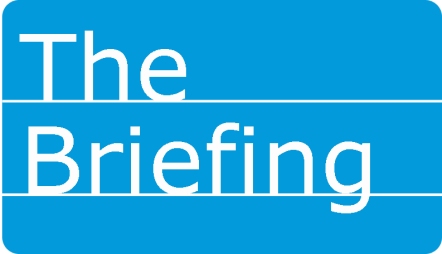 J.D. Greear to be SBC president nominee again
Two years after withdrawing from a closely contested election for Southern Baptist Convention president, North Carolina pastor J.D. Greear once again will be nominated for SBC president, Florida pastor Ken Whitten announced Jan. 29. In a statement released to Baptist Press, Greear said, “I am again allowing my name to be placed in nomination” after “a lot of prayer, encouragement and counsel, with the consent of our [Summit] leadership team and Veronica my wife.”

Among themes Greear would emphasize as SBC president, he wrote, are “the Gospel above all” as the convention’s source of unity; “cultural and racial diversity”; “intentional, personal evangelism”; “church planting”; and “engagement of the next generation in cooperative giving and mission.”

After baptism gone wrong, court weakens church protections
A year ago, the Oklahoma Supreme Court decided a Muslim convert to Christianity couldn’t sue First Presbyterian Church in Tulsa for inadvertently alerting his would-be murderers with its online announcement of the baptism. Ten months later, the justices changed their minds, issuing a decision that the man could have his day in court. Last week, First Presbyterian has asked the state’s top court to take a third look at the case, arguing that the justices mixed up two separate issues of law: the ecclesiastical extension/church autonomy doctrine and the ministerial exception.

Barna: Atheism doubles among Generation Z
More than any other generation before them, Gen Z (born between 1999 and 2015) does not assert a religious identity. They might be drawn to things spiritual, but with a vastly different starting point from previous generations, many of whom received a basic education on the Bible and Christianity. And it shows: The percentage of Gen Z that identifies as atheist is double that of the U.S. adult population.

Same-sex couples fight citizenship battle
Two same-sex couples filed lawsuits this week against the U.S. State Department, arguing it unlawfully discriminated against them by denying their children U.S. citizenship. Since the Supreme Court’s 2015 Obergefell decision declaring same-sex marriage a constitutional right, LGBT advocates have been pushing back against laws that uphold the biological reality that every child is the genetic offspring of just one man and one woman and that a biological connection carries weight.

The internet has made Americans more casual about religion
A recent study by Baylor University has found evidence that the more we use the internet, the less likely we are to have a specific religious affiliation or to believe in and practice one religion exclusively. The study found that 55% of Americans don’t use the internet to access religious or spiritual content; another 23% said they do so at most once a month. Three-quarters of Americans said they never talk about their religious views on social media.