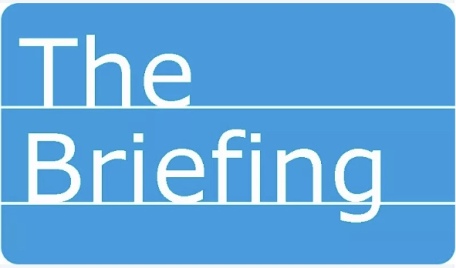 What voters value: evangelicals choose issues over candidates
The Billy Graham Center Institute and LifeWay Research released a study on how evangelicals voted in 2016. Among the findings, 53% of evangelicals characterized their vote as being for a candidate, while smaller percentages said they cast their vote against Hillary Clinton (18%) or Donald Trump (15%). That only half of evangelical voters said they voted for their candidate in 2016 led researchers to conclude that evangelicals are “more issue-oriented than candidate-focused,” Christianity Today reported.

Greear: ‘Lie of the enemy’ led to synagogue murder
A shooter opened fire during a baby naming ceremony at the Tree of Life Synagogue in Pittsburgh, leaving 11 people dead. The suspect shouted, “All Jews must die,” before opening fire. SBC president J.D. Greear described the crime as “a despicable lie of the enemy which we unequivocally reject.” He also tweeted: “We grieve with the city of Pittsburgh, the Jewish community, and especially the families of the victims.”

AL. Supreme Court calls for end of Roe v. Wade
Alabama’s highest court released a decision recognizing the personhood of unborn babies and includes a concurrent opinion calling for the overturning of Roe v. Wade. Justice Tom Parker denounced Roeas a “legal anomaly and logical fallacy” after the Alabama Supreme Court upheld a murder conviction for a man who killed his pregnant wife and their unborn child. Justice Parker then urged the United States Supreme Court to “overrule this increasingly isolated exception to the rights of unborn children.”

New ‘Christian Pixar’ film company to be launched
“I Can Only Imagine” film producers, Andy and Jon Erwin, are creating their own Christian film company similar to Pixar or Marvel. They said the new production company and a series of films is backed by Hollywood. Named “Kingdom,” the company is an Erwin brothers collaboration set to spread the gospel message and “serve the church,” Jon said.

Editor’s note: Messengers to the 110th Annual Meeting of the Illinois Baptist State Association passed a resolution encouraging Illinois Baptists to vote biblical values when they go to the polls.

WHEREAS, Jesus described His followers as “the salt of the earth” and “the light of the world” (Matthew 5:13–16), indicating the Lord’s desire for believers to exercise a beneficent influence on their surrounding society; and

WHEREAS, believers in Illinois and in the United States enjoy a constitutionally granted opportunity to influence not only the nation, but also states, regions, and communities by voting for those seeking the country’s highest office and for other elected officials; and

WHEREAS, The Baptist Faith and Message affirms that “all Christians are under obligation to seek to make the will of Christ supreme in our own lives and in human society” and that “every Christian should seek to bring industry, government, and society as a whole under the sway of the principles of righteousness, truth, and brotherly love”; and

WHEREAS, ”every pastor is called to help his congregation think biblically about all aspects of life: including current cultural issues. The media, pop culture and political pundits relentlessly bombard your people with messages untethered from a Christian worldview. But you have the privilege of both helping your congregation filter those messages, and discipline your congregation in the practical theology of Christian living at the intersection of faith and politics.” (Christiana Holcomb, Alliance Defending Freedom); now, therefore, be it

RESOLVED, that Southern Baptists and all followers of Jesus Christ in the United States be reminded that the nation’s hope ultimately is not in political processes or governmental power, but in God alone; and be it further

RESOLVED, that the messengers to the Illinois Baptist State Association meeting in Broadview, Illinois, November 2-3, 2016, give thanks to God that He has placed us in a nation with freedom of expression and opportunity to influence our national and state governments, a freedom secured at a high price, even with shed blood on the battlefield; and be it further

RESOLVED, that we encourage Illinois Baptists and all followers of Jesus Christ to participate in the democratic process by voting; and be it further

RESOLVED, that we prayerfully urge our friends and neighbors to do likewise; and be it further

RESOLVED, that we prayerfully urge all candidates for political office to endorse the biblical values upon which society should rest; and be it finally

RESOLVED, that we commit ourselves to pray earnestly for God to bring spiritual, moral, ethical, and cultural renewal to our nation.

SPRINGFIELD | The Illinois Senate voted Thursday afternoon to pass SB 10, which would legalize same-sex marriage in the state, by a vote of 34 to 21. The bill now faces a vote in the State House.

A few Illinois Baptists – who were vastly outnumbered by supporters of same-sex marriage – were present in the gallery for the vote and the debate which preceded it.

Many supporters compared their perceived right to same-sex marriage with the U.S. Civil Rights Act. Emotions ran high with Senators who shared stories about family members and other loved ones they felt were being discriminated against by not being allowed to marry.

John Keyes, pastor of Riverton First Baptist, who was present in the gallery, told the Illinois Baptist he was disappointed by what he heard. “We’re rushing headlong into doing it, without really being alert to what’s going to happen as a result of all this, but I also got the distinct feeling that for many, they didn’t care about that, because it’s what they wanted.”

Lawmakers who spoke against the bill did so mainly due to fears of the erosion of religious liberty.  While the bill’s sponsor, Sen. Heather Steans (D-Chicago), said the amended wording would protect religious freedom, many others did not agree.

Sen. Dale Righter (R-Mattoon) expressed concern that the passage of the bill would have a chilling effect on religious organizations that might worry they would be sued if they denied same-sex couples use of their facilities.

Righter asked Steans several questions about what would be protected from public accommodation and what would not. In her answers, Steans called his questions “red herrings.”

Righter argued, “There are two issues represented in this bill – one is same-sex marriage … and the other one is the degree to which we value the principles of religious freedom set for forth in the constitution both here in Illinois and in the federal constitution. This bill doesn’t strike that balance …

“The religious organizations [parochial schools and healthcare systems] back home we all represent … are all going to have to be asking these ‘red herring’ questions.  They’re not ‘red herring’ questions, they’re very real questions. The pastor back home with the small room in the basement is going to have to ask him or herself or the board, ‘What keeps us clear in the category of a religious facility as opposed to an educational facility?’”

Sen. William Haine (D-Alton) cited the position of Illinois Baptists and other religious groups while speaking against the bill. IBSA Executive Director Nate Adams wrote to all Illinois lawmakers last month explaining that in 2011, churches approved a resolution at the IBSA annual meeting registering their support for the traditional definition of marriage.

Democrats were confident going into Thursday’s vote; approval in the House, which could come as early as few weeks, is not as certain.

David Howard, Capital City Baptist Association director of missions, was also in the gallery. After the vote he shared, “I really don’t think there was a lot of thought in many of the senators’ stances. They went with the caucus; they went with whatever pressure was put upon them. But I don’t know that any of them really thought for themselves, and I’m disappointed in that.”