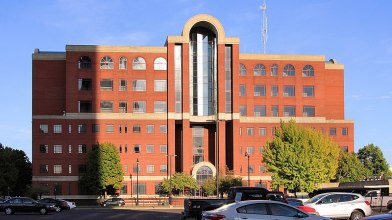 Attorneys for the Thomas More Society are appealing a judge’s decision to grant a motion Dec. 28 by the State of Illinois to dismiss a case to stop the implementation of HB40 on Jan. 1. Associate Judge Jennifer M. Ascher of Sangamon County’s Seventh Judicial Circuit Court in Springfield denied the request for an emergency injunction and temporary restraining order and preliminary injunction. HB40 uses taxpayer funds to pay for abortions for through Medicaid and the state employees’ health insurance plan.

Thomas More Society counsel Peter Breen based his arguments on the original date in May when the bill was scheduled for a vote in the Senate, but was recalled only to be held for a vote in September. He also disputed the state’s ability to fund the bill according to the state’s balanced budget law.

“We respectfully disagree with the court’s ruling and will seek an immediate appeal,” Breen stated after the ruling. “The Illinois Constitution was clearly violated here.”

Read our previous coverage of the lawsuit 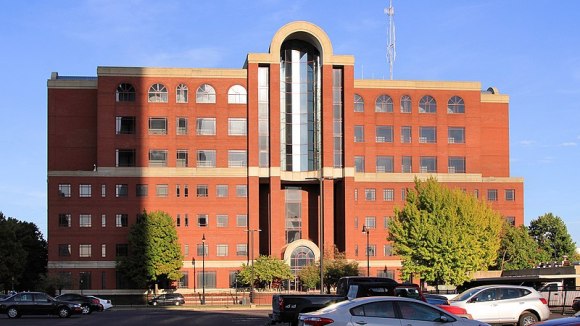 A hearing is set for the lawsuit on December 7 at the Sangamon County Courthouse (pictured) in Springfield. Photo licensed under the Creative Commons Attribution-Share Alike 4.0 International license. Larry D. Moore

A law firm representing religious liberty concerns has filed a lawsuit to stop the January 1 implementation of taxpayer-funded abortions in Illinois.

The Chicago-based Thomas More Society filed suit in the Sangamon County Circuit Court on behalf of several legislators and pro-life groups who are opposing House Bill 40, which would provide coverage for abortions through Medicaid and state employees’ health insurance plans. Illinois Governor Bruce Rauner originally pledged to veto the bill if it came to his desk, but signed it into law Sept. 28—to the dismay of Christians and pro-life advocates.

The lawsuit argues the General Assembly has not set aside funds in the state’s budget to pay for the abortions and remain within the Balanced Budget requirements of the Illinois Constitution. It also contends, according to the Thomas More Society, that the law cannot become effective until June 1 because it missed a May 31 cut-off date for General Assembly action.

“Regardless of your feelings about abortion, it is incredibly fiscally irresponsible to enact a law designed to spend millions of dollars that Illinois does not have,” said Thomas More Society Special Counsel Peter Breen in a press release. “The state legislative process has steps that must be correctly followed in order to prevent budget-busting laws like this from being ramrodded through. It is part of our civic process of checks and balances.”

The suit, filed in the Sangamon County Circuit Court, is “brought on behalf of hundreds of thousands of Illinois taxpayers, represented by county and statewide pro-life organizations, the Springfield Catholic Diocese, and a group of Illinois legislators from across the state,” according to the press release. A hearing is set for December 7 at the Sangamon County Courthouse.

In November, messengers to the IBSA Annual Meeting passed a resolution calling for the repeal of HB 40, pledging support for “the rights of the unborn,” and claiming “all human life is God-given and sacred, and should be protected by moral and righteous government.”

After Rauner signed the measure into law, IBSA Executive Director Nate Adams said in a statement, “I join with Illinois Baptists and many others in Illinois who stand for the unborn in expressing great disappointment with the action of Governor Bruce Rauner on Illinois House Bill 40. Taxpayers’ money should not be used to fund abortions in any circumstance.”

Conservative legislators also have criticized Rauner’s actions on HB 40, including State Rep. Jeanne Ives (R-Wheaton), who is working to get on the primary ballot against Rauner in March.

“He lied to us,” Ives said in an Associated Press article last month. “None of us trust him anymore.”

If implemented, HB 40 also amends the Illinois Abortion Law of 1975 to remove language declaring that an unborn child is a human being from the time of conception, and would allow Illinois to continue to perform abortions should the U.S. Supreme Court overturn Roe vs. Wade.

A statement from Nate Adams, Executive Director of the Illinois Baptist State Association, on the signing of HB40 by Illinois Governor Bruce Rauner:

I join with Illinois Baptists and many others in Illinois who stand for the unborn in expressing great disappointment with the action of Governor Bruce Rauner on Illinois House Bill 40. Taxpayers’ money should not be used to fund abortions in any circumstance.

In signing this bill, Governor Rauner has abandoned his earlier promises to pro-life representatives that he would veto the bill, thereby protecting the most defenseless in our culture and preventing state funding of abortions through Medicaid and the state employees’ health insurance plan.

Although Rauner stated his abortion rights position in his 2014 campaign, he promised recently that he would not support this flawed legislation.

Illinois Baptists continue to support the rights of the unborn with ministry actions and public resolutions opposing abortion and the Roe v. Wade U.S. Supreme Court decision that legalized it. Illinois Baptists are committed to ministry that preserves life and supports young women who find themselves in problematic pregnancies through the outstanding work of the Baptist Children’s Home and Family Services. And hundreds IBSA churches and pastors teach a biblical view of life and counsel wise decisions by families that affirm life.

I’m sure Baptists in Illinois will be letting Governor Rauner know how deeply distressing his action is to people who revere God-given life.

The Illinois Baptist State Association is a partnership of almost 1,000 churches, church plants, and mission congregations committed to the advancement of the gospel in Illinois and worldwide. IBSA is a ministry partner with the Southern Baptist Convention. 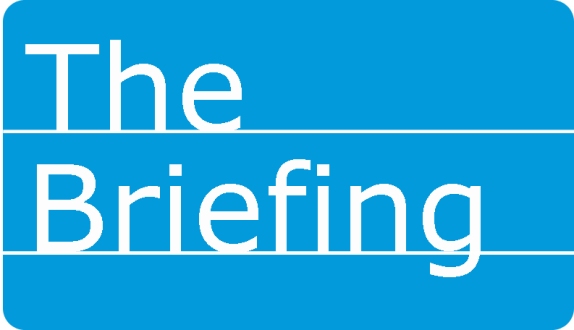 NY Times op-ed spurs discussion of race & the SBC
A black Oklahoma minister’s New York Times op-ed “renouncing [his] ordination in the Southern Baptist Convention” has drawn responses from a range of African Americans who say they will continue to cooperate with the convention as it pursues racial reconciliation. Meanwhile, the op-ed’s author, Lawrence Ware, explained his views in an interview with Baptist Press, noting he does not believe Southern Baptists by and large are intentionally racist. He also said he likely would have “softened” some of his language against the SBC if given an opportunity to rewrite the op-ed.

Bible studies at the White House
Some of the most powerful people in America have been gathering weekly to learn more about God’s Word, and this Trump Cabinet Bible study is making history. They’ve been called the most evangelical Cabinet in history – men and women who don’t mince words when it comes to where they stand on God and the Bible. They’re all handpicked by President Donald Trump and Vice President Mike Pence.

Democrat boss says no abortion litmus test
Democrats will not withhold campaign funds from pro-life candidates running for elected office, Rep. Ben Ray Luján, D-N.M., chairman of the Democrats’ House campaign arm, told The Hill. “There is not a litmus test for Democratic candidates,” Luján said. “As we look at candidates across the country, you need to make sure you have candidates that fit the district, that can win in these districts across America.”

Toy makers blurring gender line
Like wildfire, the transgender revolution appears to be consuming, changing and confusing everything in life as people used to know it. Now the confusion has extended to the choice of toys for children. Hasbro, one of the biggest U.S. toy-makers, has announced that it has changed its thinking regarding certain toys being geared toward particular genders. In a recent interview, Hasbro CEO Brian Goldner said his company has found that a significant percentage of boys are interested in My Little Pony, traditionally more popular with girls. Conversely, girls are taking a liking for Star Wars products marketed more at boys.

Christians & non-Christians Agree: College is about getting a job
Despite the abundance of Christian learning institutions and campus ministries in the U.S., American Christian adults, including evangelicals, are no more likely than the religiously unaffiliated — or religious “nones” — to list spiritual growth as one of the reasons for going to college (9%). And evangelicals are less likely than both religious “nones” and the general population to include moral character development among the reasons for seeking a postsecondary education (10% vs. roughly 14%).

A broken world: How Christians should respond to the Connecticut shooting

The news out of Newtown, Connecticut, is heartbreaking. Families suffering and broken over the senseless shooting that took the lives of 27 people at an elementary school, including 20 children between the ages of six and seven.

It’s impossible to answer the “why” questions that arise out of such a violent, evil act. But Christians can and should respond, said missiologist and author Ed Stetzer.

“First, pray,” Stetzer wrote on his blog, edstetzer.com. “Pray for hurting families and broken communities that have had their children ripped from them. Pray for churches to minister to the hurting. Pray for people not to lose heart. And, yes, pray for Jesus to come back and set this broken world right.”

The second response: “Don’t be afraid to say that the world is horribly broken. Speak about its broken condition. This brokenness is all around us. Evil is real – bad people are doing horrible things. The world really is broken…

“The brokenness of the world is on full display this day. Don’t be afraid to talk about it. All the silly “positive thinking religion” collapses on days like this. This world is broken and only God has the ultimate fix.”

And finally, “Do something,” Stetzer urged Christians. “Yes, hug your kids, but find a way to serve the others and be an agent of the Kingdom of God– an ambassador of Jesus in a world that does not follow him and His ways. Respond to this evil by doing good. Join Jesus on his mission.”

No to pro-life tags
“Choose Life” license plates may never hit the streets in North Carolina. Federal Judge James Fox ruled the plates are unconstitutional because there is no alternative pro-choice option. Lawmakers last year voted down an additional plate that would read “Trust Women. Respect Choice.” State Rep. Mitch Gillespie, who sponsored the bill that created the plates, told WRAL-TV he’ll try again when the General Assembly reconvenes, but won’t budge on a pro-choice plate. “I’d be willing to sacrifice this [the pro-choice plate] before I’d be willing to vote for that. Read more

Most approve birth control mandate
Two-thirds of American adults agree with the healthcare mandate requiring employers to cover contraception in their benefits package, even if it runs counter to the business owners’ religious principles, according to a LifeWay Research survey. Fewer respondents, 53%, favor applying the mandate to Catholic and other religious schools, hospitals and charities. LifeWay’s Ed Stetzer said the study shows the public “appears unaware or unconcerned” that some business owners are fearful of losing their religious liberty under the new regulations. Read more

Hindu text used at swearing-in
Representative Tulsi Gabbard will make a very public expression of her faith at her swearing-in ceremony this month. Gabbard, a Hawaiian and the first-ever Hindu member of the U.S. House of Representatives, will use the Bhagavad Gita during the ceremony, instead of a Bible. “For Hindu Americans, it is a historic moment,” said Anju Bhargava, founder of Hindu American Seva Charities, in a Huffington Post report. Read more

Faith keeps gymnast balanced
Olympic gold medalist Gabby Douglas is only 16, but life has given her a book-full of lessons so far. She shares some in “Grace, Gold & Glory: My Leap of Faith,” co-written with Michelle Burford and published by Zondervan. Douglas told Christianity Today, “I always pray at every competition, when the judge’s hand goes up I am praying, and there are little Scriptures I like to quote. That keeps me motivated when I am about to go out on the competition floor.” Read more