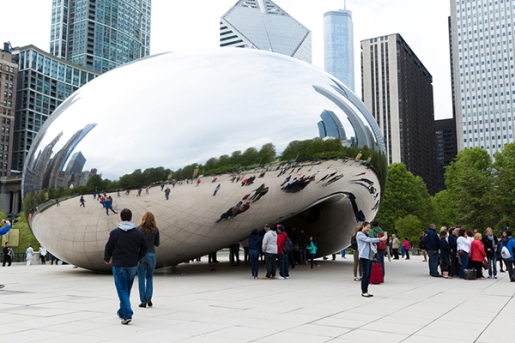 We may not verbalize the “why” question with the persistence of a young child, but we still look for a reason or substantial meaning when called to some action.

Through more than a dozen years in church planting, I’ve heard the “why” question. When a family gave five acres for a new church property to a local association in eastern North Carolina, many in nearby churches asked why, even as their buildings were nowhere near filling their seating capacity.

When I planted a church in Buckeye, Ariz., the North Carolina churches I invited to partner with us often wondered why they should care about planting a church in a community 2,000 or more miles away.

For nearly four years now, I have had the privilege of living in Chicago. During that time, I have mentored, coached and challenged many church planters here. I’ve also invited churches in more than a dozen states to get engaged in supporting church plants here in Chicago with prayer, action and finances.

“Why Chicago?” some ask, jesting, “Why not Hawaii? That would be a great mission trip!”

Yet there are three key answers:

The first reason is biblical. In Luke’s account of the Great Commission in Acts 1:8, Jesus tells His disciples and us, “But you will receive power when the Holy Spirit has come on you, and you will be my witnesses in Jerusalem, in all Judea and Samaria, and to the end of the earth” (CSB).

No matter where you live, major metropolitan areas like Chicago are located between you and “the end of the earth.” And frankly, because of political views and sensationalized news, Chicago in particular is to many in southern Illinois and elsewhere what Samaria was to the Jews: a place and people we’ve been trained or conditioned to dislike or even hate. Yet, even if it is Samaria to Christians, it’s a place and people to which Jesus has sent us to bear witness of Him and His Good News.

The second reason is practical. Cities like Chicago have, from their earliest settlement, become a home for immigrant people groups — many that are identified as “unreached and unengaged” by the International Mission Board.

Because of technology and ease of global travel from America’s major cities, many immigrants maintain a reach to and influence in their homelands. So, effectively evangelizing and discipling people in a city like Chicago gives us a reach into many parts of the world, including most of the peoples in the 10/40 window, a region between the 10th and 40th parallels across Africa and Asia where most of the people who have never heard the Gospel live.

Reaching Chicago and other metropolitan areas with the Gospel could bring a significant advance toward the global evangelization that Jesus promised in Matthew 24:14.

The final answer to “Why Chicago?” is missiological. Chicago is sometimes called the “most segregated city in America.” And while that is changing in some of the neighborhoods of the city, people groups are usually heavily concentrated in certain areas. Poles are heavily concentrated in the northwest neighborhoods and nearby suburbs. Chinatown, as you might guess, is home to mostly Chinese people, many of them still speaking Mandarin or Cantonese. Pakistanis are clustered along Devon Avenue in the northern part of the city. Professional millennials make up two-thirds of the population in the West Loop. Wicker Park is the epicenter of the hipsters.

High concentrations of people groups in a specific place give us a missiological advantage in reaching them. Even if it is a cross-culturally gifted southern boy and his family living among south Asian immigrants, winning one or two to Jesus could result in dozens who live nearby coming to faith in Christ. Given their close proximity to each other, bringing them together to a form a new church can happen very naturally.

While it may not be unique, Chicago is rare in giving us three good reasons to seize the opportunities for the Gospel that lie within our reach.

Dennis Conner directs IBSA church planting efforts in northeast Illinois. Beginning Jan. 1, Conner will transition to planting a church in Chicago’s South Loop neighborhood. This article first appeared in the Illinois Baptist and has been republished by Baptist Press.