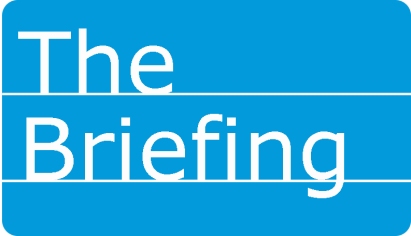 Supreme Court: Christian baker vs gay weddings
The case of a Christian baker in Colorado who refused to make a cake for a same-sex wedding gets its big day in court December 5. Advocates on both sides anticipate the case will set a nationwide precedent for whether the government can require businesses, organizations, and individuals to act against their own sincerely held religious beliefs—particularly following the legalization of same-sex marriage and equal rights granted to LGBT Americans.

Canadian Christian law school pleads case to court
The Canadian Supreme Court began hearing a high-profile religious freedom case on December 5 that will determine the fate of an evangelical law school in suburban Vancouver. Trinity Western University’s plans to launch a law program—a first for a Christian institution in Canada—were stalled for four years, as the school faced legal challenges over its campus covenant, which bars sexual activity outside of traditional marriage.

Fight not over to stop taxpayer-funded abortions in Illinois
Opponents of Illinois law HB40, which would allow state funding of abortion on demand for state employees and Medicaid recipients, have filed suit on behalf of pro-life organizations. Republican Gov. Bruce Rauner signed the law earlier this year, and the Thomas More Society filed suit last week.

Pence, Iraqi archbishop discuss aid to Christians
Vice President Mike Pence met with a leading Chaldean Archbishop to discuss how the U.S. government can best help the Iraqi Christian community in the aftermath of attackes by the Islamic State. Chaldean Archbishop of Erbil Bashar Warda oversees the archdiocese that has sheltered and aided thousands of Christians forced to flee their home three years ago. Iraqi Christians have been begging for funding to not only provide humanitarian assistance but also reconstruction aid. There are as many as 20,000 Christian families still in need of help to return home.

Egypt churches get permission to build after 20 years
Authorities in southern Egypt have allowed 21 churches to expand and rebuild, after a wait of about two decades. Some attribute this gesture to Vice President’s Mike Pence scheduled visit to the country later this month. The Minya Governor has approved 21 applications of churches in rural Minya governorate over the last six months. A local source was quoted as saying that Egypt’s President Abdel Fattah el-Sisi is keen to “show the U.S. that Egypt is standing with the Christians and that there is no persecution in Minya governorate.”