Heading west: What we can learn 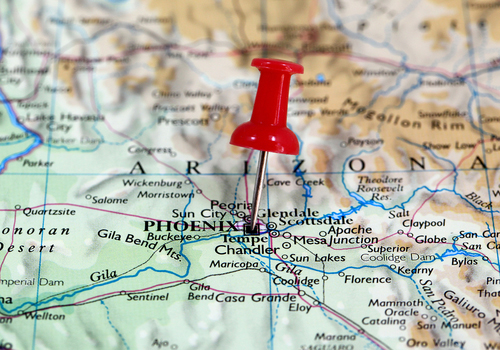 In its first two years of production, “The Beverly Hillbillies,” topped the TV ratings in the U.S. It was so popular in those early years that nearly 40% of households that were watching television were watching the Clampetts. That’s a larger percentage of viewers than Game 7 of the Cub’s World Series Championship victory.

The basis for all the humor on the show was the fact that the principal characters were out of place. The family from deep in the hills of the Ozark Mountains discovers oil on their land and moves into a posh mansion in Beverly Hills. Hilarous hijinks ensue.

While not quite that extreme, a move from a small town in northeastern North Carolina to the western suburbs of Phoenix 11 years ago was a similar learning experience for my wife and me. Here are just a few of the things we learned:

People are open to the gospel. True, church attendance has declined substantially in the little more than half century of my lifetime. Yet, while people may not be going to a church gathering to hear the gospel, they are willing to hear it, discuss it, consider it, embrace it, or reject it in a park, a coffee shop, a work place, a restaurant, a classroom, a condo building, and a myriad of other places.

When we were planting Crosspointe, the Church at Tartesso, Arizona, most of the gospel conversations I had with those who became believers (and those who didn’t) were in one of the parks in our community.

In the three years I’ve lived in Chicago, I’ve learned people are open to the gospel here as well. And while I haven’t lived in the other cities, towns, villages, or farm communities that make up the varied mission field of Illinois, I’m confident that every place in our state has people who are open to the gospel, even if they might reject an initial invitation to church.

The fruit of the Spirit is effective in opening doors of opportunity for evangelism. When our lives are characterized by love, joy, peace, patience, kindness, goodness, faithfulness, gentleness, and self-control, we will never lack opportunities to talk about what produces those qualities in us.

Unbelieving people recognize the difference in us. They are drawn to the fruit of the Spirit. They will ask questions. Often, their desire to learn will be expressed in invitations to family or social events that welcome us into their lives and networks of relationships.

Effective evangelism often starts with open ears, eyes, and minds. Taking time to get to know someone is an expression of the value we place on them. Asking questions about a person’s education, family, work, or interests demonstrates a desire to know them. If that desire is genuine, it will communicate our value of others as human beings. Simply demonstrating care and concern for others earns us relational credibility and opportunities for relational influence. As Jesus-followers, our influence will lead others to go with us as we follow after him.

New people bring new opportunities for the gospel. Moving to a new place will often open people up to new relationships and new experiences. While planting a church in a brand-new planned community in Arizona, we hosted numerous community events that were intended to serve the community and gather new neighbors together.

Bringing people together at the common ground of a park or a school gave them an opportunity to get to know each other. Being a part of those networks of relationships gave the people of Crosspointe an opportunity to share the gospel with new friends.

People who are new to Chicago will often be ready to meet new people. A monthly weekend brunch for newcomers could be an effective tool in a condo building. While small towns in rural Illinois may not see as many new people as Chicago, the new people who do arrive are often even more open to new relationships because the established social networks can be hard to penetrate.

In just a few weeks, Illinois Baptists will have an opportunity to spend several days in Phoenix for the Southern Baptist Convention. Take some time to step away from the familiar crowd from Illinois. Engage some locals in conversation. If you encounter someone who is not a Phoenix native, ask them about how different it is for them. Their answer may just make you more aware of the people in your own town who need to hear and respond to the gospel.