When the lawyer—trying to get out of his moral obligation—said, “Who is my neighbor?”, Jesus’ response produced an even greater responsibility: be willing to cross cultures in order to help another.

The requirements of love in the story he told of the good Samaritan might seem excessive if Jesus himself had not already fulfilled them. The priest in the parable refused to cross the road to aid a dying man, yet Jesus chose to cross the border into forbidden territory to help an immoral woman.

For a faithful Jewish man, this was not one, but three violations of custom and law.

Good Jews avoided Samaria. They took the long way around on a trip from Judea to Galilee just to avoid their despised half-cousins the Samaritans. But Jesus felt some compulsion to travel through the forbidden region. It was there in the town of Sychar that Jesus met and spoke to the woman who was rejected by the rest of the town because of her bad behavior. First he asked her for a drink of water, then he offered her living water.

What compelled Jesus to go through Samaria?

The easy answer is love, but love is not always easy.

It’s not just ethnicity
The IBSA Annual Meeting in November will focus on cross-cultural ministry. Sharing the gospel across cultures to people of all languages, ethnicities, nationalities, and people groups is our high calling. But no one ever said it would be easy.

What better place to do this work of reconciliation than Illinois?

We live in a multi-cultural world. As the missiologists often tell us, the world is at our doorstep. Every race, religion, and people group is represented in America—and most of them, too, in Illinois. From the first beep of Telstar and the first flickering satellite images from another hemisphere, the world in our lifetimes has become a relatively small place. Figuratively speaking, and often literally, we live elbow to elbow with people very different from ourselves. The melting pot of America has become a stew bowl of people and beliefs, not mixing so much as existing side by side, sometimes peaceably, sometimes not.

If 2016 has taught us anything it is that bringing cultures together is complicated.

Misunderstanding is probable, real understanding is not. (Watch any newscast for examples.) But the Bible has taught us that bringing cultures together—in Christ—is the goal.

“There is neither Jew not Greek, slave nor free, male nor female, for you are all one in Christ Jesus” (Galatians 3:28). And Jesus himself accomplished this, “who has made the two one and has destroyed the barrier, the dividing wall of hostility” (Ephesians 2:14).

What better place to do this work of reconciliation than Illinois?

With 13 million residents and at least 8 million of them without a faith relationship with Jesus Christ, the call to be reconcilers and gospel ambassadors rings loud. But it is often drowned out by clashes of race and place, divergent views on social justice, and the widening economic divide. Add growing political arguments in an atmosphere of distrust, and we might say the task of spiritual reconciliation is as challenging in the 21st century as it was in the first. The main difference between then and now, between Samaritans and Illinoisans, is sheer volume.

Which was a neighbor to the man in need? “The one who had mercy on him.”

In Illinois our cultural divides are not only ethnic. There is the upstate-downstate dichotomy, Chicago versus everything south of I-80, Northside versus Southside, city verses suburbs, the political tug-of-war between red and blue, between Springfield and the rest of the state. And if we Christians aren’t careful, the prevailing social and political prejudices spill over into our attitudes—and even into our churches.

And one more observation: crossing cultures is not only reaching across barriers to other ethnicities and language groups. It’s also reaching out to people who hold different views on sexual and moral issues, those in lifestyles that Christ-followers believe are unbiblical. It means reaching across the back fence to neighbors who look and sound a lot like us, but whose lost condition characterizes their whole lives. For people who live in a Christian culture and try to behave in Christly ways, embracing anyone outside the church is a cross-cultural experience.

But that is our calling. 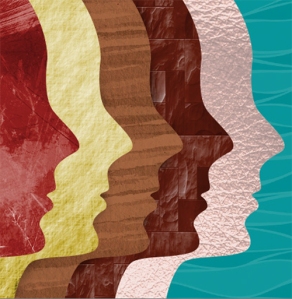 Welcome to Samaria
When Jesus was telling the lawyer about eternal life, how a changed life produces love for one’s neighbors, he chose to make a Samaritan the hero of the story. “Samaritan” was virtually a curse word when it described the woman at the well. “Samaritan woman” was doubly offensive. The disciples were stunned to find Jesus talking to such an outcast, but none dared confront him on it.

Neither did anyone object when Jesus said it was a Samaritan that helped a Jewish man who had been robbed and beaten and left half dead. But they were surely surprised that the Samaritan was commended for his actions rather than the priest and the Levite who crossed the road to avoid the bloody, unclean wretch, and thereby kept the law. The invective “Samaritan” was redeemed and the merciful man made a model. The Good Samaritan.

What compelled the Samaritan to help a hurting man, likely an enemy of his people, a Jew? Love is the ready response, but Jesus pointed to mercy: that holy mixture of God’s grace motivated by unfailing love, extended to mankind.

Which was a neighbor to the man in need? “The one who had mercy on him.”

The 2016 Annual Meeting in suburban Chicago offers opportunity to see Illinois—our great mission field—with fresh eyes. This vast state with its world-class cities and fruitful, abundant plains calls for multiple approaches to ministry. One size doesn’t fit all our mission fields, but one calling does: Go.

– Eric Reed is editor of the Illinois Baptist