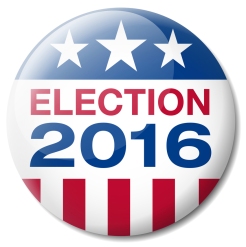 Since the big June meeting between Donald Trump and about 1,000 evangelical leaders, including a handful of Southern Baptist pastors, the political conversation involving conservative Christians has dropped off noticeably. Christians have grown quiet on politics. Even the Twitterverse is quiet right now.

One exception: an op/ed piece in USA Today by Hobby Lobby CEO David Green pointing to the pivotal nature of the U.S. Supreme Court. “Make no mistake, the vacancy left by Justice Scalia and the subsequent appointment to fill his seat makes this presidential election one of the most significant in modern times.”

Green’s company was at the center of a 2014 judgment that allowed his corporation to refuse to pay for abortion-inducing drugs as part of its health insurance plan because of religious objections, despite requirements under the Obama Affordable Health Care Act. The high court’s ruling in favor of Hobby Lobby was 5-4. “It’s frightening to me to think that we—and all Americans—were just one vote away from losing our religious freedom,” Green wrote.

That’s the reason he gives for supporting Donald Trump. “(Hillary) Clinton has made no secret she believes government interests supersede the protection of religious liberty.”

Green’s concern for religious liberty is understandable and even commendable, but his essay serves to show that evangelicals are no longer a one-issue people.

Beginning with the emergence of the Moral Majority, evangelicals became a force and a voting bloc. Their anti-abortion theology drove evangelicals to candidates who were expressly pro-life. Fortunately, those candidates were often in agreement with conservative Christians on many other issues as well, so supporting them advanced a whole bundle of issues. It worked for 30 years.

Green’s commentary underscores that evangelicals are not all in agreement on the importance of any one issue any more than they support any one candidate. The world is too complex for a single-issue approach.

In this head-scratcher of election cycles, some evangelicals are valuing other issues as highly as pro-life and religious freedom: What about a candidate’s trustworthiness, honesty, temperament, and character? What is his or her history of relations with dangerous nations, prudence in peacetime or courage in war? What about the prospect of handling the nuclear codes?

Maybe many in the Christian community are relatively quiet on this presidential election because they’re still thinking about it.

And scratching their heads.

One response to No more single issue elections