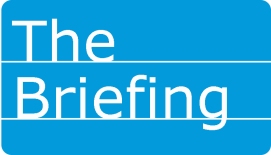 Civil Rights report attacks religious freedom
According to Chairman Martin Castro of the United States Commission on Civil Rights, phrases such as ‘religious liberty’ and ‘religious freedom’ should now be considered “code words for discrimination, intolerance, racism, sexism, homophobia, Islamophobia, Christian supremacy or any other form of intolerance.” Those remarks are found in a new report that presents claims for religious exemptions from nondiscrimination laws as a significant threat to civil liberties.

Pence shares faith at FBC Jacksonville
Staunch Christian and Republican vice presidential nominee Mike Pence, who proudly declared in June that his identity as a Christian comes before his politics, confessed Sunday that he once walked away from the faith to which he clings so dearly now.

NCAA, ACC cancel N. Carolina events
After the NCAA announced it was withdrawing seven championship events from North Carolina over the state’s anti-discrimination law, the Atlantic Coast Conference followed suit. The ACC stated it would move all neutral-site championships for the coming academic year out of North Carolina, including the football conference championship game in December.

Hungary to favor Christian refugees
This week, Hungary, which has during the past year come under pressure for its handling of Europe’s mass migration crisis, has become the first government to open an office specifically to address the persecution of Christians in the Middle East and Europe. The move sets a precedent on the international stage.

Controversial appointee earns praise
David Saperstein, the ambassador-at-large for international religious freedom, is earning praise from across the political spectrum. At a time when violence against religious minorities has proliferated around the globe, Saperstein has shown himself diligent in confronting religious persecution. Because he held liberal views on LGBT issues and abortion, some conservatives objected to the nomination.