Wisdom-Martin to serve as head of National WMU 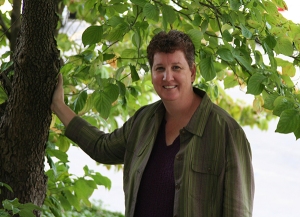 Sandy Wisdom-Martin during her tenure as IBSA’s women’s missions and ministries director.

The news spread quickly among Illinois Southern Baptists that one of their own daughters was named to serve as executive director/treasurer of Woman’s Missionary Union, SBC. Sandy Wisdom-Martin, an Illinois native who grew up near the small southern Illinois town of Marissa, was unanimously elected by the WMU executive board at a special-called meeting July 29-30 in Birmingham, Ala.

“My commitment has always been to walk where God leads,” Wisdom-Martin said in a press release from National WMU, “yet this has been a difficult process because I am in a very good place. I love the assignment God has given us (in Texas). This certainly caught my family by surprise and was not a part of our plan, but we believe God is sovereign and all the details of our lives are in His hands. I trust Him completely for the future.”

In the release she said what excites her most about this opportunity is to put total trust in the Father, serve Him with reckless abandon and see where the adventure leads.

Evelyn Tully, IBSA WMU Director from 1985-2000, told the Illinois Baptist, “I am thrilled beyond words in Sandy’s selection as Executive Director of WMU, SBC.  Her missions commitment, her ministry lifestyle, and her exemplary relationships have uniquely prepared her for this tremendous responsibility.  I know Illinois missions-minded women will be her strong prayer supporters.”

Wisdom-Martin was the first recipient of the Darla Lovell Scholarship from Illinois WMU while studying at Southern Baptist Theological Seminary in Louisville, KY. While growing up she also served served on the state Acteens Panel, lead five Acteens Activator Teams, and was a seminary intern.

Wisdom-Martin served as IBSA women’s missions and ministries director from 2001-2010 before becoming executive director of WMU of Texas in 2010 through the present. While at IBSA she also served as president of Mississippi River Ministries and led the first international WMU Habitat for Humanity Team, which traveled to Ghana to build houses.

She and her husband Frank, who grew up in Sandwich, IL, are the parents of daughter Hannah.

Prior to coming to IBSA, she served as a Cooperative Program Missionary with the Arkansas Baptist State Convention from 1991-2001.