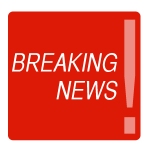 HOUSTON | Messengers to the 2013 Southern Baptist Convention approved a resolution this morning calling for Boy Scouts of America (BSA) to “remove from executive and board leadership those individuals who, earlier this year, sought to change both the membership and leadership policy of Scouts.”

The resolution doesn’t prescribe any specific action as related to continuing or discontinuing fellowship with Boy Scouts, but does “affirm the right of all families and churches prayerfully to assess their continued relationship with the BSA.”

A messenger from Florida moved that the Resolutions Committee strike a reference to churches who choose to remain in fellowship with Boy Scouts. The amendment was defeated. Debate on the issue last around a half hour, requiring the committee to move the second half of their report to the afternoon session. On the docket: resolutions on the Cooperative Program, WMU, prayer for the President, religious freedom, age discrimination in healthcare rationing, and America’s growing prison population.

-Appreciation for the 2013 annual meeting

-Support for safe and healthy children’s ministries, and to protect children against sexual abuse, and

-Commitment to minister to people who struggle with mental health concerns