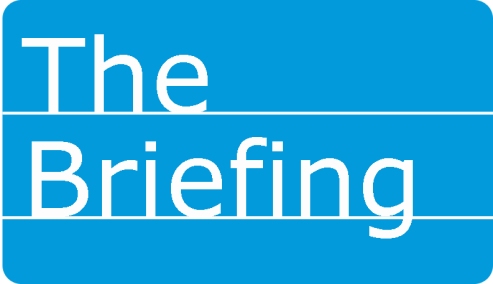 Chaplains comfort Florida families
Hours after last week’s school shooting in Florida, chaplains from the Billy Graham Evangelistic Association arrived to minister to students and families. The team and others like it have traditionally been called to help after natural disasters, Christianity Today reports, but more and more of their deployments are now in response to manmade violence.

Baptists in Florida gathered to grieve and pray in the aftermath of the shooting.

T-shirts at center of conscience freedom case
A Kentucky T-shirt printer is facing a legal challenge over his refusal to print shirts for a gay pride festival. “All we are asking for is that the government not force us to promote messages against our convictions, said Blaine Adamson, owner of Hands On Originals apparel company in Lexington. “Everyone should have that freedom.”

Going offline for Lent
Social networking topped the list of what people are giving up for Lent this year, according to a list generated from posts on Twitter. Since 2009, social media has made at least one appearance in the top five every year. Filling out this year’s top five: Twitter, alcohol, chocolate, and swearing.

Headlines from the Winter Games
The Winter Games are in their second week in Pyeongchang. Former Illinois Baptist editor Tim Ellsworth is covering the Olympics for Baptist Press, including:

A new Barna study shows 70% of American adults (and 72% of Christians) are aware of the Lenten tradition of giving something up in order to draw closer to God. But only 17% plan to observe Lenten sacrifice this year. Here’s Barna’s list of what they’re giving up:

88% of adults plan to fast from food or drink:

31% will give up some form of technology:

Barna found the millenial generation (born after 1980) is the least likely to know about Lent, but millenials are more likely than other age groups to fast during the season. Read more at Barna.org.

Prayer ‘more popular than ever’ says Reader’s Digest
“Organized religion may be losing members, but prayer is more popular than ever,” according to an article in the April issue of Reader’s Digest. The story points to research in the 2010 General Social Survey, which found 86% of Americans pray and 56.7% do so at least once a day. But how they’re praying may look different. Writer Lise Funderburg cites several examples of how the prayer umbrella is widening, including sidewalk chalk prayers outside a Presbyterian church in San Francisco, and the use of Twitter to start prayer movements like #pray4philippines.

The Illinois Baptist examined prayer and spiritual awakening in a January cover story. And Southern Baptist leaders have met together twice recently to pray for individual and corporate revival. Read more at BPNews.net.

Menlo Park Presbyterian leaves denomination over doctrinal, evangelistic differences
A San Francisco church “increasingly out of alignment” with their denomination has voted to sever ties with the Presbyterian Church (USA). Earlier this month, 93% of members at the 4,000-member Menlo Park Presbyterian approved the move, Baptist Press reports. The church, led by Pastor John Ortberg, has for years referred to itself as a “Jesus church,” according to a statement by church leaders. “We believe that God has expressed himself uniquely in his son Jesus, who lived, taught, died and rose again for our sakes.”

BP reports a 2011 survey of PCUSA pastors found only 41% agreed with the statement, “Only followers of Jesus Christ can be saved.”

The decision will cost Menlo Park $9 million because the denomination owns its property. “This points to the fact that theology matters,” Southern Seminary President Albert Mohler said of the decision. “Keeping the faith is worth infinitely more than $9 million.” Read more at BPNews.net.

‘Son of God’ in top 5 over first two weekends
The movie built from last year’s “The Bible” miniseries was the second-highest grossing movie during its opening weekend, and fell to #5 after its second. Some had thought “Son of God” would reach the numbers posted by 2004’s “The Passion of Christ”, The Christian Post reports, but the new movie’s grosses so far aren’t half of what “The Passion” took in during its debut weekend. Read more at ChristianPost.com.

More Africa stories
Five volunteers from Illinois recently spent a week in Guinea, telling true stories from the Bible to people who had never heard them. For people in the West African nation to know Jesus, “it can only be a move of God,” said one mission volunteer. Read more about their team’s experiences in the current issue of the Illinois Baptist.

Leaders are hoping thousands of Christians will rally on the steps of the Illinois Capitol this week in support of a traditional definition of marriage.

The Illinois Family Institute (IFI) is sponsoring a marriage rally Wednesday, Feb. 20, in response to last week’s vote in the Illinois Senate to approve SB10, which, if passed by the State House, will legalize same-sex marriage in the state.

“I don’t think that we can legislate morality, but we’re called to be salt and light, and if we’re salt and light, we will influence this world, this country, this state,” said David Howard, director of missions for the Capital City Baptist Association in Springfield, after last week’s vote.

“And sometimes we have to be seen in the public square.”

Rev. Bob Vanden Bosch is executive director of Concerned Christian Ministries in Wauconda, Ill. In a press release, he urged Christians to stay at the Capitol after the rally and visit their legislators to lobby for traditional marriage. “It may be inconvenient to come to Springfield to lobby for a day, but it will certainly be more inconvenient if we do not stand up for our religion freedoms.”

The rally will begin at 10:30 a.m. in front of the Lincoln statue at the Illinois State Capitol. Read more here.

Students spend Spring Break cleaning up in New York
College students will again partner with Southern Baptist Disaster Relief in post-Hurricane Sandy clean-up along the east coast. Students first took part in the effort during their Christmas vacations, including a team of Illinois volunteers who served in Staten Island early this year. Read more about the Spring Break opportunities at BPNews.net.

Twitter uses weigh in on Lent
Swearing, soda, and social networking topped the list of what Twitter users pledged to give up for Lent, according to a list compiled by blogger Stephen Smith at openbible.info. The most mentioned thing to give up for Lent was tongue in cheek – more than 5,500 Twitter users said they were giving up “being pope” in the wake of Pope Benedict’s resignation. Swearing (4,944), soda (2,648), social networking (2,264) and alcohol (2,217) rounded out the top 5.

Millenials are stressed
Those happy-go-lucky twenty-somethings don’t feels especially happy. Or lucky. In fact, they report feeling more stressed out than their parents or grandparents: 39% say their stress levels have increased in the past year, 52% say their stress level is keeping them up at night, and a growing number say stress is getting them down. The findings are from a Harris Interactive poll of 2,020 U.S. adults, reported in USA Today.