For the kid who has everything, give this amazing gift 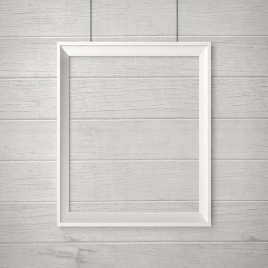 The period between Thanksgiving and Christmas always ignites the stress of finding just the right gifts for loved ones and friends.

The reality is that Christmas in America is more of a commercial event than a religious holiday. Decrying commercialism won’t change things much, but there are some ideas to make your holiday season a more spiritual experience for your family.

Let me recommend an amazing gift you can give this year that will have long-lasting impact.

I propose that you write your conversion story.
You could print it on parchment paper and perhaps frame it as a gift, or just write it as a letter. OK, so your kids and grandkids will want something more but, in the end, your story will be the greatest gift they receive.

As Christians, we need to leave a legacy of faith to our families. This could be a wonderful way to tell your faith story to your family. Title it your “Legacy of Faith.”
Here is an outline of how you might approach writing your story. It doesn’t have to be complicated; just share your story from your heart. And be sure to sign it when you finish.

Place your life in context.
For me, I can tell my family of the rich spiritual heritage I enjoy because of the faith of their great-grandparents and grandparents. I can tell of the spiritual umbrella that was cast over our home because of the living faith in Christ and unreserved commitment to the church displayed in our home.

Your story may be different. The context of your journey may be filled with brokenness and pain. Share your story with truth while not glorifying your past.

Relate what led to your decision to follow Christ.
I cannot remember a time I did not love Jesus. As a child, I knew the plan of salvation. Yet, one morning in Sunday school, my teacher told us the story of the cross and said, “Boys and girls, someday you will give your heart to Jesus and trust him as your savior.”

At that moment, the Holy Spirit made the reality of my sin and Jesus’ death on the cross for my sin collide. I made the decision then to ask Jesus to forgive me and become my savior. I went forward in the service that morning, but I really decided to follow Jesus in Sunday school.

Share your faith journey since your decision.
What are the ways you have learned to follow Jesus? How has Christ made a difference in your life? What are some of the life situations you have faced when Christ has walked through with you? There may have been times of financial struggle, sickness, or death. How has Christ blessed you and your family throughout your Christian life?

My life is transformed day by day as I follow Jesus. As I learned to feed on his Word and communicate with him through prayer, he became my forever friend. In every circumstance, I know I have a friend who will walk with me. Space will not allow me to elaborate, but you get the picture.

Even if your family members are younger and do not understand the significance of the gift you place in their hands, there will come a day when this gift will mean more than gold.

So give a gift to your children, your children’s children and generations who follow. Leave them a written “Legacy of Faith.”

“These words that I am giving you today are to be in your heart. Repeat them to your children. Talk about them when you sit in your house and when you walk along the road, when you lie down and when you get up…. Write them on the doorposts of your house and on your gates” (Deut. 6:6-7, 9).

Anthony L. Jordan is executive director of the Baptist General Convention of Oklahoma. This column is courtesy of Baptist Press.

Baptists and other clergy alert lawmakers to objections again

As Illinois lawmakers enter into the final week of their fall veto session, they haven’t yet tackled the most talked-about item on their agenda: marriage. But optimism from the sponsor of SB 10, the bill that would legalize same-sex marriage in Illinois, has advocates on both sides of the issue poised for a possible conclusion this week to several long months of debate.

Rep. Greg Harris (D-Chicago) told the Associated Press in late October, “I’m feeling good. Things are moving in the right direction.” Harris faced doubts from same-sex marriage supporters when he failed to call the bill for a vote on the House floor on the last day of session in May. After a relatively quiet summer, advocates for same-sex marriage and traditional marriage rallied at the Capitol on separate days as legislators returned for veto session.

In the first few days of veto session, pundits said legislators were showing a lack of urgency about marriage, based on their political prospects in the upcoming primary season. But Harris told the Illinois Observer last week, “I think my colleagues should be prepared next week to make history on marriage equality.”

Church leaders with different opinions on the issue weighed in amid the new buzz surrounding SB 10. A group of more than 300 clergy members and religious leaders sent a letter to House representatives encouraging them to approve the bill, noting that marriage equality is “morally just.” On the other side of the debate, African American religious leaders who support traditional marriage said candidates who vote yes on SB 10 won’t fair well with voters.

“I think that they will feel the crunch,” said Larry Trotter, pastor of Sweet Holy Spirit Baptist Church and a vocal advocate of traditional marriage throughout the debate in Illinois. “I think that they cannot take for granted that they can come to the church; and get the church’s sanction, and votes, and signatures; and then go to Springfield, and don’t speak what the people want them to speak. And so now, if that’s how we have to be heard, we will be heard,” Trotter told CBS Chicago.

Nate Adams, executive director of the Illinois Baptist State Association, sent a letter urging representatives to defeat legislation like SB 10 that seeks to redefine marriage. “This legislation is actually discriminatory in that it declares Illinoisans who support traditional marriage to be bigoted and prejudicial,” Adams wrote. “Rather than promoting tolerance it risks legalizing intolerance.”

Adams’ letter also included the text of a resolution Illinois Baptists will consider at their annual meeting next week. The “Resolution on the Preservation of Biblical Marriage and Affirmation of Religious Liberty of Illinois Churches and Faith-based Organizations” is available online here. Messengers will vote on it and other resolutions when they meet in Springfield Nov. 13-14.

Supreme Court considers legislative prayer case
The U.S. Supreme Court will hear arguments Nov. 6 on “Town of Greece vs. Galloway,” a case out of New York that questions the constitutionality of prayer before civic meetings. President Obama’s administration issued earlier this year a “friend of the court” brief that sides with Greece and their policy of prayer before town board meetings. Read Pew’s thorough explanation of the case here.

Obama advisor publishes ‘President’s Devotional’
Joshua DuBois, former executive director of the White House Office of Faith-based and Neighborhood Partnerships, is sharing daily devotional readings he wrote for the President in a new book. From the Amazon.com description: “Every day, DuBois provided President Obama with a morning devotional weaving together scripture, song, prayer, and reflections, motivated by the spirit of God and infused with joyful flair. The President’s Devotional contains the best of these devotionals, daily spiritual guidance that offer peace, comfort, and inspiration throughout the entire year.”

And The Christian Post has a story about one group questioning whether DuBois writing the devotionals was a violation of separation of church and state.

Journalist shares unlikely conversion story
Fox News commentator Kirsten Powers says, “Just seven years ago, if someone had told me that I’d be writing for Christianity Today magazine about how I came to believe in God, I would have laughed out loud.” But Powers does just that on CT’s website, detailing her conversion to a faith she “held in particular contempt.” Her encouraging, thoughtful testimony is online here.

Tunes for your Tuesday
Need some nostalgia in your life? Check out Relevant.com’s list of “10 CCM songs of the ’90s that still hold up.” The list has selections from almost every genre contemporary Christian music offered back then, and also includes links to YouTube videos. Read it here.