THE BRIEFING | Posted by Meredith Flynn 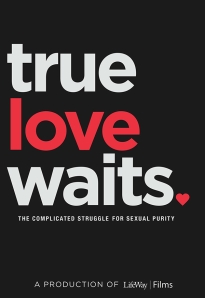 (From Baptist Press) A new documentary marks the 20th anniversary of “True Love Waits,” an abstinence movement that found its footing in American churches and has since made an impact in countries around the world. “True Love Waits: The Complicated Struggle for Sexual Purity” was produced by LifeWay Films; Jimmy Hester, LifeWay’s then-student ministry director, helped create True Love Waits in 1994.

“We knew from the beginning we wanted to address the criticisms as well as the successes of the True Love Waits movement,” Travis Hawkins, the documentary’s director, told Baptist Press. “We knew viewers would see through any spin we put on the story. We weren’t afraid to have an honest conversation.”

Susan Bohannon is one early “True Love Waits” committee who shares her story in the film. The young woman, who became a teen spokesperson for the movement, struggled in college with peer pressure and the commitment she’d made. Clayton King, author of the curriculum that will relaunch True Love Waits this year, told BP that Bohannon’s story exemplifies the need to return the movement to one focused on the purity found in Christ.

Read the full story at BPNews.net.

Nun faces sentencing for protest at nuclear plant
Megan Rice, an 84-year-old nun, will be sentenced today for a break-in at the Y-12 nuclear weapons facility in Oak Ridge, Tenn. Rice and two other protestors who hung banners and painted messages on the walls of a bunker could receive six to nine years in prison, according to this Associated Press story.

Research examines Russian religion
With the world’s eyes on Russia during these Winter Olympics, Pew has found the nation is much more religious since the collapse of the Soviet Union. The number of adults identifying as Orthodox Christian increased from 31% to 72% between 1991 and 2008, according to Pew’s research. And the percentage claiming no religious affiliation fell from 61% to 18%. But the number of Russians who regularly attend church only increased from 2% in 1991 to 7% in 2008 (with a peak of 9% in 1998). Read more at Pewforum.org.

The truth about camels
An archaeological discovery has led some scholars to renew questions about the Bible’s accuracy, Christianity Today reports. Researchers in Tel Aviv used carbon dating to determine that domesticated camels weren’t used in Israel until near the end of the 10th century B.C., almost 1,000 years after the biblical patriarchs. But some Bible scholars say their findings are “overstated,” CT reports.