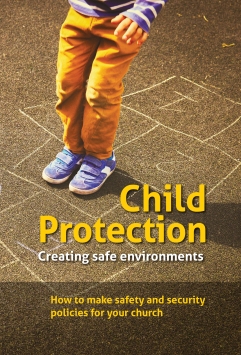 “You’re not going to leave this training feeling uplifted.”

Mark Emerson introduced a new IBSA workshop on creating a safe environment for children with a sobering series of statistics:

Emerson, IBSA’s associate executive director for the Church Resources Team, teamed up with Next Generation Ministries director Jack Lucas to offer the training at First Baptist Church in Morton May 16. The workshop was held as the Southern Baptist Convention considered its response to sexual abuse involving SBC leaders and churches. The denomination took action at its June annual meeting, including a “Caring Well Challenge” designed to help churches prevent future abuse and care well for survivors

In Morton, Emerson and Lucas shared that there are 60 million sexual abuse survivors in the United States. An astonishing one in five Americans will be sexually abused before the age of 18. Statistically, that data means 14 people in the average IBSA church are survivors of sexual abuse.

“Part of the problem is in our churches we don’t want to acknowledge that there is a problem,” Lucas said. “It happens in small churches, in large churches, small towns, and in big cities.”

A recent LifeWay Research study found 32% of Southern Baptist churchgoers believe many more Protestant pastors have sexually abused children or teens than have been brought to light (43% disagreed and 25% said they don’t know). Of those surveyed, 4% said they knew of someone attending their church who had sexually abused a child, but it has not yet come to light.

“Perceptions are reality,” said Scott McConnell, executive director of LifeWay Research. “When almost a third of churchgoers sense there is an avalanche of abuse and assault cases coming, Protestant churches must address this head-on, even if few say they actually know someone whose abuse is still hidden.”

Identify ‘grooming’ behavior
At the IBSA training, Emerson and Lucas identified three types of abusers. The first is the abduction offender who has no previous relationship with the victim. Abduction offenders comprise 4% of abusers. More common is the peer-to-peer offender. “All bad behavior of a sexual nature is not from adults,” Lucas noted. “There’s been a 300% increase within schools in the last 3-4 years. More than 50% of reported abuse cases in Illinois are actually peer-to-peer.”

The third, most dangerous type is the preferential offender—someone whose victim knows and trusts them. One statistic says 90% of child victims of sexual abuse know the perpetrator. “Check-in systems do not work against preferential offenders,” Lucas said. “We can’t recognize the risk visually. We have to recognize risk behaviorally.”

That’s why it’s so important that churches learn to recognize the grooming process, the IBSA trainers said in Morton. “Grooming” refers to tactics an abuser uses in his or her relationship with a child to facilitate abuse.

When an offender is seeking to abuse a victim, he or she is generally looking to do so through deception, not violence, Emerson explained. And the abuser isn’t just grooming the victim, but also the gatekeepers—a pastor, the parents, church leaders. Grooming is about gaining access to the kids, and groomers often seek out career and volunteer opportunities related to children in churches.

“If there is somebody taking pictures, too much interaction, making friends with a couple to make friends with their child…You need to take note,” Emerson said. “There’s always that guy. If it’s done over the top you’ve got to take note of that.”

Emerson further described the groomer as someone who “appears helpful, trustworthy, and kind. He’s already picked out the child at your church. He knows what the targeted child wants or needs. He is skilled at age-specific communication.”

Groomers often target children who are:

According to Emerson, a groomer will seek to introduce nudity and sexual touch into the relationship. He’ll do this through barrier testing and erosion, such as taking a child or youth home by himself after an event. Sexual discussion and joking will seep into conversations. Playful touch and “accidental nudity” might be introduced. He will create a culture where nudity and sex is acceptable or cool, including sharing magazines and movies.

Once he has succeeded in abusing his victim, the groomer will work to keep the victim silent through shame, embarrassment, and threats.

Create safer policies and procedures
Emerson and Lucas urged churches to have child protection policies in place, including a purpose statement and clear definition of terms. “When you say child, youth, adult, staff, volunteer, approved worker, who are you talking about?” asked Lucas. “What do we mean when we say ‘child’? Is an adult someone age 21 and above?”

The next step is to define what it means to be an approved worker. This entails an application, background check, reference check, and safety training. “MinistrySafe is the best one we have found,” Lucas said, referencing the national organization dedicated to equipping churches in the area of preventing sexual abuse and ministering to victims.

A group tasked with studying abuse in Southern Baptist churches released in June a free 12-session video curriculum for churches. “Becoming a Church that Cares Well for the Abused” is available at churchcares.com.

There are some policy points that must be mandatory for churches, Emerson and Lucas said. For example, a two-adult rule protects children and the church, while also shielding workers in the room from a false accusation. If at all possible, do not put spouses together, the trainers advised. They also encouraged:

If abuse has occurred, it’s important that churches offer professional counseling for those who are suffering, Lucas said. “In the life of a victim, something is really wrong and we as a church need to love that victim. We need to show them we care and want to protect them.”

For more resources on preventing sexual abuse in your church and caring well for survivors of abuse, go to IBSA.org/protect.