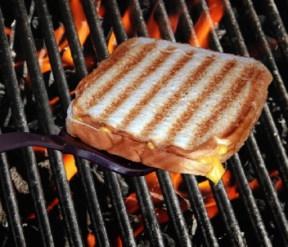 Two things surprised me about my ordination: the interview was not nearly as painful as I anticipated, and it was scheduled 90 minutes prior to the evening service where I was to be set apart for God’s use.

What if I fail the test? I thought. My mother drove 10 hours to attend the service. And there’s an ice cream social afterward. What will happen to all that ice cream if I give the wrong answers?

A dozen of the church’s finest gathered in the church library and asked me to share my testimony and my calling. (As I had recently written at length about that for my seminary application, the telling of it was easy and lasted about 40 minutes of the hour they reserved for the meeting.) Had I read The Baptist Faith & Message? (I had. In fact, the previous pastor had required it as part of a church membership class.) Did I disagree with any basic Baptist doctrines? (I did not.)

Their vote was unanimous. Half an hour later the church body approved. It seemed right that my little local congregation was doing the ordaining; after all, they knew me. I had served as their youth minister for two years.

I still remember a few prayers of those men as they laid hands on my head and whispered over me. Then came their wives and other members of the church. The praying lasted longer than the quizzing as the line to affirm God’s call wound around the inside walls of the sanctuary and Norma Lassiter played hymn after hymn on the Hammond.

Those men were serious, and they took their responsibility seriously. I recall with appreciation those who signed my ordination certificate: Leslie Rooks and Stephen Young and Marion Oldham and Luther Barker and more.

Anyone ordained in a Southern Baptist church might tell a similar story. They might also tell this one, as a friend described his own ordaining council: “I expected to be grilled, and instead I was toasted”—as if they had raised a glass in his honor.

In retrospect, I respect those men and the process. But times have changed and the call for more stringent screening is appropriate. The questions I have asked in ordaining councils have gotten tougher across the years, and yes, even a bit embarrassing, but it’s necessary. And ordaining councils would be well advised to bring directors of missions and pastors, a theologian, and men who aren’t so close to the candidate into the process to beef it up.

For the safety and well-being of the church, the pastorate, and the faith, we need to do more grilling and less toasting.