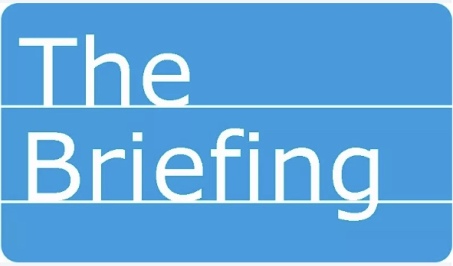 IL bill ‘more extreme’ than NY
While the state of New York approved in February the nation’s most liberal abortion legislation to date, Right to Life Action have called Illinois’s Reproductive Health Act “more extreme.” The House Bill 2495 will not only create a fundamental right to abortion throughout the nine months of pregnancy, but also mandate all private health insurance plans to cover abortions without any restrictions. Another bill, HB 2467 (Senate Bill 1594), would repeal the Parental Notice of Abortion Act, which currently requires doctors to notify an adult family member of a patient under 18 prior to an abortion.

“Peace Cross” raises questions on significance of cross monuments
An appeal by an atheist group to remove a 40-foot memorial cross caused the Supreme Court to raise not just the question of whether the “Peace Cross” memorial was constitutional, but also whether it was a secular symbol. The atheist group challenged the constitutionality of the Bladensburg, Md., cross, stating the cross promotes Christianity, thus violating the First Amendment. Lawyers argued that the historic marker served a secular purpose in honoring the fallen veterans. Judges debated on rather the cross has a preeminent symbol of Christianity or if crosses like this one has an independent secular meaning. The Supreme Court is expected to issue a ruling before its term closes in late June or early July.

Tajikistan law limits religious activity
A new religion law in Tajikistan has authorities barring children from attending religious services. The law gives the state greater control over religious education, increasing the information religious organizations must pass to the state. In the same month, 5,000 calendars with Bible verses, imported by a Baptist Church, were confiscated by custom officials and destroyed. The church received a large fine for producing and distributing items of a religious nature which have not passed through the compulsory prior state religious censorship.

30+ Christians killed in Nigeria
At least 32 Christians were killed by suspected Fulani extremists in Nigeria on February 26, sources reported. In addition to the loss of lives in the Kaduna state of north-central Nigeria, multiple homes and at least one church were burned as hundreds were displaced.

Greenway elected Southwestern president
Trustees of Southwestern Baptist Theological Seminary (SWBTS) elected Adam Greenway as the institution’s ninth president during a special called meeting Feb. 26-27. Greenway fills the post left by Paige Patterson, who was moved to emeritus status last year and later terminated. Danny Roberts, chairman of the search committee, called Greenway “a man of impeccable character…, a bridge builder in the Southern Baptist Convention, and a true scholar with a heart for missions and evangelism.”