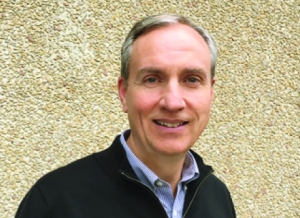 Though I grew up the son of a pastor and denominational worker, I was in my mid-30’s before I first attended a national Southern Baptist Convention. When the convention came to Indianapolis one year, a friend invited my dad and me to drive over and experience it with him. Though I was a Sunday School teacher and deacon in my church, I have to admit that my first thoughts at his invitation were, “Who cares? Who would want to take the time and spend the money attending what sounds like a large church business meeting?”

In fact, even after attending that first meeting, I came home thinking, “Well, that was kind of interesting, especially the big LifeWay bookstore and the exhibit area. But I don’t think it’s relevant enough to me or my church to go again.”

And so I didn’t, until the North American Mission Board invited me to join the staff there. That was 1997, in Dallas, and when I returned there this year it was for my 22nd consecutive SBC.

I think it’s probably healthy for me to remember that, as an Illinois Baptist layman, I didn’t find the annual SBC meeting particularly relevant, or at least worth the time and expense, until I joined the staff of the NAMB and now IBSA. But that’s when the phrase “who cares” stopped being a question for me, and started being the answer to a different question.

That different question became, simply, “Who decides?” Who decides who our missionaries are, and how our cooperative missions money is spent? Who decides how our national entities are led, and how we will speak to our culture? Who gets to decide Southern Baptist doctrinal positions, and how tomorrow’s pastors are trained?

Of course, not every person who cares gets his or her way in the process. There were several times during this year’s meeting in Dallas when I couldn’t believe what was being said by a messenger from the floor, or when I even disagreed with what was being said from the platform. At least one of the votes disappointed me.

But now that all is said and done, I look back on the annual meeting of messengers to the 2018 Southern Baptist Convention, and realize that, once again, spirited discussion among Spirit-led believers has resulted in both specific decisions and general direction that are trustworthy, and good stewardship of our shared beliefs and resources, and accountable to the churches.

Somehow the miracle of voluntary, grassroots cooperation by diverse, autonomous churches working together through respectful, democratic processes – led us once again to a place of blessing. And that blessing is the opportunity to do far more together than any individual church can do alone.

To be candid, I occasionally go back to the question form of “Who cares?” and wonder how relevant some of what happens at the national SBC level really is to the life of the average Illinois Baptist church. I’m sure some people ask that same question of their state convention or even local associational meetings. But things are decided at all those meetings that impact the mission of God through all our churches and missionaries.

While I can, I want to be in on those decisions, as one of the people who cares.