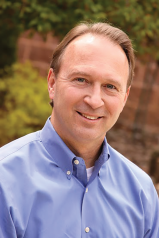 We need heroes. The true hero of our story, of course, should always be the Lord Jesus. No earthly hero can do what He did or give what He gave. But there is something to be said for the example of a fellow Christian who has followed the Lord in a way we can emulate.

The apostle Paul said, “Imitate me, as I also imitate Christ” (1 Corinthians 11:1). He served the church of Corinth as an example of a sinner following the Savior. He was a model, an example — a hero if you will — for other Christians to follow. He reminded them to follow him only as he followed Jesus. But he showed them how it was done in the real world by a real sinner who was following a real Savior.

Career missionaries serve as models for Christians back home. They might not like the tag “hero” but they serve as models and examples for the rest of us who follow Christ.

Missionary heroes may not leap tall buildings in a single bound or be faster than speeding bullets. But they point us to the Ultimate Hero.

We see their example of sacrifice and learn something of what it means to “die to self” amid the joys of a calling often tempered by loneliness, isolation and illness. We see what “take up your cross daily and follow Jesus” is all about. We learn from them. We “imitate them as they imitate Christ.”

It just means that we have seen people who followed Jesus even when it was hard. And we learn that we can follow Jesus through hard times as well. We learn that we can sacrifice, we can value the eternal over the earthly and we can be obedient to our Lord. They serve as models of the kind of heart we need as we follow the Lord wherever He leads us.

We don’t put missionary faces on bubble gum cards like we used to do with baseball players. Not many movies feature missionaries saving the day. But career missionaries ought to be a special kind of hero to us. We should honor them, pray for them and love them. We should tell their stories. We should follow their examples.

Maybe you will never be called by God to serve as a career missionary far from family and home. But every missionary can serve as an example to you of how to follow Jesus where you are. Missionaries can be spiritual heroes who point you to the greatest hero — the Lord Jesus who loves you and calls you to follow Him.

Missionary heroes may not leap tall buildings in a single bound or be faster than speeding bullets. But they point us to the Ultimate Hero. And that is better than being more powerful than a locomotive any day!

Doug Munton, online at dougmunton.com, is senior pastor of First Baptist Church in O’Fallon, Ill., and a former first vice president of the Southern Baptist Convention. He is the author of “Immersed: 40 Days to a Deeper Faith.” This column appeared at BPnews.net.