Summer of love, summer of hate 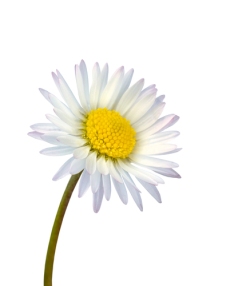 As warm weather descended on San Francisco that year, so did the hippies, as many as 100,000 of them. The Haight-Ashbury District became ground zero for a festival that lasted for weeks: young people with flowers in their tresses singing and dancing and cavorting in public spaces, doing a little protesting of the Vietnam War, and smoking a lot of what their mothers wouldn’t approve.

They called it the ‘summer of love.’

Ironically, that summer in 1967 was also marked by fear and terror and rioting, as large sections of Detroit went up in flames just as Watts in Los Angeles had two years earlier. In Detroit, the violence that started after police raided an unlicensed bar ended with 2,000 buildings destroyed, more than 7,000 people arrested, over 1,000 injured, and 43 deaths. Free love on the West Coast, and unrestrained hate in the Midwest.

Here, 50 years later, we have witnessed another season of dichotomy, a tense summer of issues—and people—in conflict. The political tensions and threats of nuclear attack were topped by violent marches in Charlottesville that killed one young woman and revealed the breadth of a racial rift in America that few imagined existed.

There were stories in our pages that attested that: mission trips around the world where the love of Christ was shared. In downstate Cairo and Brazil and many other places, people received Christ as Savior. We saw children learn about Jesus at IBSA camps and Vacation Bible Schools everywhere.

And to cap it all, the eclipse. Carbondale was epicenter this time as millions from Oregon to South Carolina looked upward, many seeming to search for something beyond themselves. A famed Chicago weatherman wept on air for the beauty of nature. More important, Baptists in southern Illinois shared Christ, and lost people came to faith.

When they look back on the summer of 2017 to give it a name, no one will look at the protests and nuclear threats and political martial arts and call it ‘the summer of love.’ But seeing the totality of our Christian outreach this season, and the genuine outpouring from God’s heart, maybe we will.