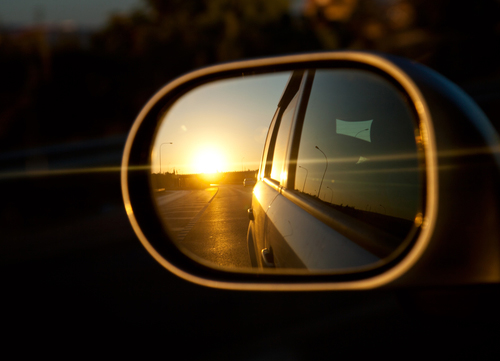 I recall researching an article a few years back on the actions messengers took at certain conventions. Some years were marked by insightful and course-altering votes; others had no discernable effect. With the advantage of hindsight, we ask, What actions from the 2017 Southern Baptist Convention will have lasting impact on our denomination and the effectiveness of our work in the world?

The vote on alt-right racism will be remembered; and the appointment of a task force on evangelism has the potential to change our direction. But there was one motion that could produce even greater, meaningful change—if it makes it past the Executive Committee. And there’s a second that I want to suggest.

Modest proposal 1: Shall we merge the mission boards?

A couple of years ago, a messenger moved that a merger of the North American and International Mission Boards be studied. When his motion was ruled out of order for parliamentary reasons, the messenger pleaded that exploration of the issue not be delayed because of procedural rules. He cited the emerging financial crisis of the IMB and cuts in missionaries on the field that had just been announced as motivating factors. At the time, it was clear that NAMB had plenty of reserves, and a merger could fix the money crunch. But rules are rules, and the motion was dead.

A similar motion was made at the 2017 meeting in Phoenix. Here’s how Baptist Press reported it, in a list of motions that were referred to the Executive Committee:

“A motion by Harvey Brown of First Baptist Church in Charlotte, N.C., requesting the president appoint a study committee to consider the feasibility of merging IMB and NAMB.”

There was no discussion this time around, or emotional pleading for the sake of missionaries on the field. And frankly, it seems some of steam has escaped on this topic.

IMB reported it is on firm financial footing. IMB President David Platt has weathered a couple of storms, and with the honeymoon over, he appears to be settling in for a long ministry focused on global missions. Platt still partners with NAMB, speaking at conferences about church planting in North America. But his heart beats for the peoples of the world.

And NAMB President Kevin Ezell has stopped making the offer, publically at least, for IMB to relocate from Richmond to Alpharetta. During Platt’s first year, Ezell said there was plenty of room at NAMB’s Georgia headquarters since his administrative staff had been radically downsized. Ezell still cheers for Platt’s presidency, but the pair aren’t making as many joint appearances. Maybe both have found their footing.

The question arises every decade or two: Is the distinction between “home” missions and “foreign” missions outdated (just as those terms are)? Should missions today be focused more on people groups and languages than geography—including in the United States? As the “nations” (translating ethnos as “nations” or “peoples”) have come to North America, should missionaries here share the gospel with them in the same ways they would back in their home countries?

And this: Should state conventions (again) lead church planting in their states, as the missions personnel most familiar with the nearby mission field and with the partner churches who can facilitate evangelistic church planting ministry?

Will one mission board focused on people groups, and state conventions focused on their own neighborhoods better achieve the evangelization of the world and the U.S.?

I can’t say for certain, but it’s a good time to explore the issue.

Modest proposal 2: Virtual messengers? In the next issue.

– Eric Reed is editor of the Illinois Baptist newspaper.