Maybe we won’t argue over the ERLC in Phoenix 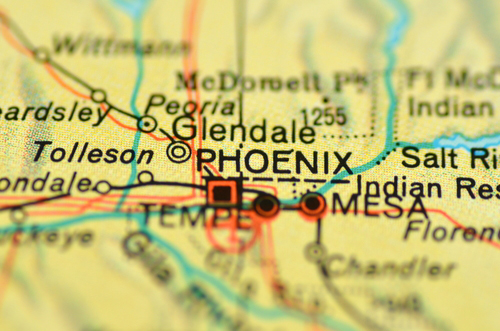 It’s going to be hot enough in Phoenix without a squabble. Maybe we won’t see motions from the floor at the 2017 Southern Baptist Convention to defund the Ethics & Religious Liberty Commission or dismiss its president, Russell Moore.

There are several reasons for this new hope. First, both sides in the election-year dust up have offered conciliatory statements. Jack Graham, pastor of Dallas-area megachurch Prestonwood, announced his congregation would restore their Cooperative Program giving in April. The church had “escrowed” its SBC missions contributions while they examined complaints that Moore had criticized presidential candidate Donald Trump and those who planned to vote for him.

The complaints from the Texas church and others exposed some theological and political distance between ERLC leadership responsible for articulating Southern Baptist views in Washington and those Southern Baptists back home who fund them.

Similarly, the Louisiana Baptist Convention’s Executive Board studied “issues of concern” related to the ERLC. But recently, the board said “it has evaluated the complaints lodged against the ERLC, that its leadership has met with Dr. Moore and has sent a letter to the trustees of the ERLC and encourages the churches to continue their generous financial support for all our convention work.”

And there’s the action by Moore himself.

His tone toward Graham and Prestonwood Church may have helped. Moore explained that his comments about the election were never aimed at the Southern Baptist rank-and-file; and in explaining his actions, Moore never sought to defend himself.

More important, there’s word to this editorial team and others that the ERLC staff is making new efforts to connect with the grassroots. For example, Vice President for Communications Dan Darling appeared at the Illinois Baptist Women’s Priority Conference. (He addressed family issues in a declining culture.) The ERLC, fond of sending videos to state and regional events, is more likely to appear in person in the future. Now three years into their tenure, the ERLC leadership is learning that it should not get too far ahead of the people who sent them.

And, with the placement of the ERLC’s report last on the convention agenda, rather than on the first day as in years past, there may only be time to accept their mea culpa and move forward.

Eric Reed is editor of the Illinois Baptist.