Recovering the lost practice of beseeching 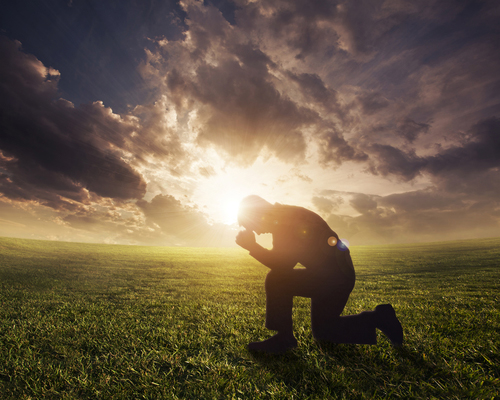 In the past year, I have recovered a lost word and a lost practice. With all that has happened in global events, national politics, and on a personal level, “praying” hasn’t seemed enough. I’m learning to beseech.

The word is not often used these days. Its popularity in print peaked in 1827, then began a steady decline until 2000. In 2001, the people who count these things noted a slight uptick in published usage that continues until today. And while they did not note a reason for increased beseeching, it seems right to point out that 2001 is the year marked by the September 11 terrorist attacks. If only for a short while, we Americans fell to our knees to plead with God on behalf of our nation. Praying became pleading, pleading became begging, begging became beseeching.

Shakespeare used the word so often that when literary scholars were trying to determine a link between his writing and Christopher Marlowe’s, they searched “beseech” as a marker of Shakespeare’s hand. (For Marlowe, they searched “glory droopeth.”)

Beseech is commonly used in the King James Version of the Bible. It means a variety of “asks” from simple plea to intense begging.

Paul urges, “I beseech you therefore, brethren, by the mercies of God, that ye present your bodies a living sacrifice, holy, acceptable unto God,” while Jonah pleads, “Therefore now, O LORD, take, I beseech thee, my life from me; for it is better for me to die than to live.”

But more recent translations have minimized its use. The New American Standard Bible, still touted as the most literal among English language translations, uses beseech 10 times to indicate something more than simple asking. In most instances, it’s life or death:

Faced with death, Hezekiah beseeches the Lord. Seeing the decline of his homeland, Nehemiah beseeches the Lord. A leper, suffering and shunned, beseeches Jesus for healing. Jesus tells his followers to beseech the Lord of the Harvest to send workers into His field. And a few times in the Psalms: “The cords of death encompassed me, And the terrors of Sheol came upon me…Then I called upon the name of the Lord: “O Lord, I beseech You, save my life!” (116:3-4).

Pray, plead, beg, beseech. To ask someone to do something in a serious or emotional way, Merriam-Webster says. The Cambridge English dictionary adds: Ask in such a way that shows you need it very much.

Like the needy people in California about to be put out on the street: “Hundreds beseech East Palo Alto council to end evictions,” the October 2016 headline read. Or from war-ravaged Aleppo: “‘Help us pull our country back from the brink of the abyss,’ Syrian Christians beseech.”

In California it worked; in Syria the few who remain are still beseeching.

And if we need another picture: there’s Jesus at Gethsemane. “My soul is overwhelmed with sorrow to the point of death,” he said to his closest disciples. And to his Father, “if You are willing, take this cup away from Me—nevertheless, not My will, but Yours, be done.” And “in anguish, He prayed more fervently, and His sweat became like drops of blood falling to the ground.”

The word beseech is not used here, but its meaning was never clearer. Faced with the impossible, he prayed more fervently, and so too should we.

One response to Recovering the lost practice of beseeching