The power of one 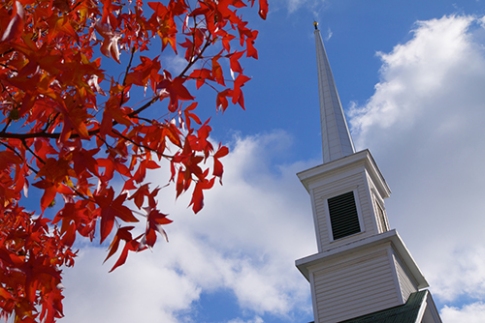 This is a time of year when we at IBSA do a lot of evaluating, not only of our staff’s efforts, but also of the overall health dynamics of churches. An outstanding 95% of IBSA churches completed annual church profile reports for 2016, and this gives us a wealth of information to study.

Like every year, some churches thrived last year and others struggled, so it’s possible to overgeneralize. But looking at the broad stroke data for 964 churches and missions (up seven from the previous year), it’s reasonable to say that some ministry areas such as leadership development and Sunday School participation were up, while others such as church planting and missions giving were down, at least compared to the previous year.

Of all the “down” areas, though, none concern me more than our churches’ overall baptism number, which dropped more than 11% in 2016, to 3,953. The number of churches reporting zero baptisms increased by over 10%, to 352, meaning that more than a third of IBSA churches did not baptize anyone last year.

Just one voice, one commitment, one resolution of faith can turn things around.

A few days ago, one pastor asked me how things were going, and the first burden I found spilling out of my heart was the decline in church baptisms. He nodded his head in empathy and agreement. “I know we were down in our church last year,” he acknowledged.

But what he said next truly encouraged me. “So we are really getting after that this year. We have set a baptism goal, and we have evangelism training planned. But we also have set goals as a church for the number of gospel presentations we will make, and the number of spiritual conversations we will seek to have, believing that those will then lead to gospel presentations.”

He went on to tell me how each leader and church member was being challenged to look for these opportunities, and that they were reporting them through Sunday school classes and other ways.

That same week, a young pastor wrote me an e-mail, thanking me for how two of our IBSA staff members had specifically helped and encouraged his small church. He admitted that in the past he had questioned how much his church’s Cooperative Program giving helped struggling churches, compared with church plants. Now, in his first senior pastorate, he had experienced firsthand the practical ministry support that state staff provide. Others in his association felt the same, he said, and were planning to join him in increasing their Cooperative Program giving this next year.

What struck me about both these conversations, and both these pastors, was the positive power of one voice, one commitment. One pastor looked at a lower baptism number and said, “We will not be satisfied with that. Here’s what we’re going to do.” Another pastor took a fresh look at the value of cooperative missions giving and said, “We can do more.”

So often it just takes just one voice, one commitment, one resolution of faith to turn things around. I think of Noah, and David, and Elijah, and Nehemiah, and other Old Testament heroes. I think of Peter’s boldness and Paul’s resilience in the New Testament. And of course I think of Jesus, not only on the cross, but also in eternity past, saying to the Father, “This shall not stand. I will do what it takes to make this right.”

Today, each of those pastors is using his own power of one to lead and inspire his church to a better place, regardless of the past, or what happened last year. In doing so, they reminded me how much can change when one person simply refuses to accept the status quo.

One response to The power of one