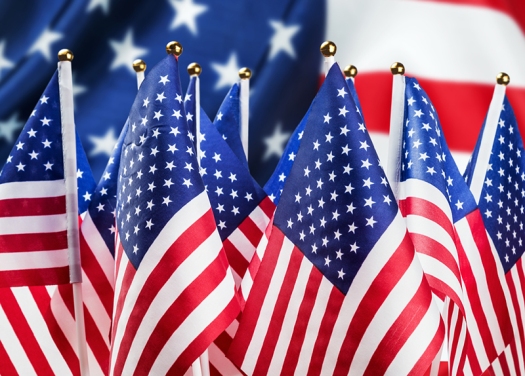 Time: Trump held a very Godly inauguration
Christianity has been a part of the presidential inauguration since George Washington laid his hand on a Bible for the very first swearing-in. So, it was not unusual that Donald Trump sought to involve faith in his inauguration. But the ways in which the 45th President invoked God in unusually blunt ways in his inaugural address were. He quoted a Psalm of David from the Bible to buttress his policy. “The Bible tells us, ‘how good and pleasant it is when God’s people live together in unity.’”

Muslims angry imam to participate in prayer service
A popular Washington-area imam’s decision to issue the Muslim call to prayer at Trump’s inaugural prayer service has sparked a heated debate among American Muslim community leaders and activists over the appropriate ways to engage with a president, who they say has repeatedly disparaged Islam. Mohamed Magid, a Sudanese-American imam, is the only Muslim leader listed on a lineup packed with Evangelicals and other faith leaders who are scheduled to participate in the National Prayer Service at the National Cathedral.

SBC Pres. Gaines pens Christian response to inauguration
Today Donald J. Trump became the 45th President of the United States. As you know, Mr. Trump won a highly volatile election last November. Some see him as a candidate of much-needed change, readily resonating with his Reaganish slogan, “Make America Great Again!” Others see Mr. Trump as a less than desirable candidate for the highest office in the land. What are Southern Baptists to do?

Three S. Baptists nominated for cabinet positions
Three Southern Baptists — Tom Price, Scott Pruitt, and Sonny Perdue – have been nominated to serve in cabinet positions for the Trump administration. Price, a regular attendee at Johnson Ferry Baptist Church in Marietta, Ga., has been nominated as secretary of the Department of Health and Human Services. Pruitt, a member of Tulsa-area First Baptist Church in Broken Arrow, Okla., has been nominated as administrator of the Environmental Protection Agency. Former Georgia Gov. Sonny Perdue, was announced Jan. 18 as Trump’s choice for agriculture secretary.