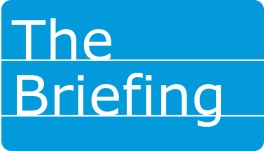 Illinois House urged to reject taxpayer-funded abortions
SpeakOut Illinois, a coalition of pro-life and pro-family organizations across the state,  urged lawmakers in the Illinois House to reject legislation allowing taxpayer money to be used for abortions. House Bill 4013 lifts the current prohibition on state workers’ health insurance plans from paying for elective abortions, as well as the prohibition on using public money to pay for elective abortions for Medicaid patients. The piece of legislation could be called up for a vote as early as this week.

How many Christians are in the new Congress?
Pew’s Religion & Public Life found that 90.7% of the 115th Congress identify as Christian, a statistic that has changed little in over a half century of keeping record. “The share of U.S. adults who describe themselves as Christians has been declining for decades, but the U.S. Congress is about as Christian today as it was in the early 1960s,” noted Pew. Of the 91% Christian majority, 31.4% are Catholic, 13.5% are Baptist, 8.5% are Methodist, 6.5% are Anglican or Episcopal, and another 6.5% are Presbyterian.

Multi-faith network rescuing women from Isis
A secret underground network operating in Iraq and Syria has reportedly freed more than 3,000 Yazidi women held captive in sexual slavery by Isis. Kurdish and Christian civilians make up the group, along with other ethnic minorities and families of the victims, NGO Yazda has claimed. Rescues are carried out through word of mouth, driven by Yazidis who have escaped capture or whose loved ones are still being held in Isis territory.

Gay couple to pastor historic DC Baptist church
Calvary Baptist Church, a progressive Baptist landmark in the heart of downtown Washington, has named a gay couple as co-pastors. Sally Sarratt and Maria Swearingen were presented to the congregation during worship services Jan. 8 and will begin their new jobs on Feb. 26. The 150-year-old church severed ties with the Southern Baptist Convention in 2012.

S. Baptists lead Congressional Prayer Caucus
Rep. Mark Walker, R.-N.C., will be the new House of Representatives co-chairman of the Congressional Prayer Caucus, it was announced Jan. 9. Sen. James Lankford, R.-Okla., the other co-chairman of the prayer caucus, and former Rep. Randy Forbes, R.-Va., made the announcement. All three are members of Southern Baptist churches.