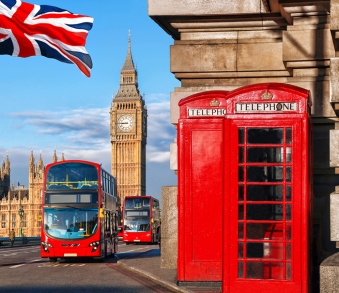 When you travel you have to make allowances for some of the local customs. In New Orleans, prepare for Cajun cooking and in coastal southern California enjoy the more relaxed pace of life. In foreign countries the differences can be even more pronounced. But if you’re traveling to another English speaking country it can’t be that different, right? Wrong.

A week the southwest of England shined a spotlight on some of those differences.

A crosswalk isn’t a crosswalk. It’s a Zebra (pronounced with a short “e” sound) crossing. Other types of pedestrian crossings are Pelican, Puffin, Toucan, and Pegasus (for horses and their riders.) Google them for fun.

No washcloths for you. Not all hotels provide “flannels” the English word for washcloths. They are considered too intimate an item to be washed and reused by another person, so bring your own.

Can I get ice with that? It’s true, most beverages are served lukewarm in England, except tea, which is hot of course. I was told that if you ask for a glass of ice to go with your Coke, you would get four cubes and a slice of lemon. That’s exactly what happened. It became a game to me to count the ice cubes. One nice server in London went over the apparent allotment and gave me five cubes.

We don’t have restrooms here. Don’t ask to use the public restroom or bathroom, they don’t have one. They do have a public toilet, or loo. It may cost you 20 or 30 thirty pence (about 35-50 cents), and may or may not be clean.

One word – scones. My fellow Americans, we have been lied to by bakery cafés (you know who you are). Scones are not hard triangular-shaped baked goods. No, they are soft and biscuit-like and so delicious topped with clotted cream (bad name, great taste) and jam.

Empty churches. Sorry folks, this one isn’t funny. England is filled with lovely old churches, but sadly, most have become tourist attractions. People line up for tours of Westminster Abby and St. Paul’s Cathedral and for the services, however most of those attending the services are tourists too.

The church grounds are beautifully landscaped and immaculate, and popular with the locals. They are great spots for enjoying a picnic lunch in the middle of a hectic work day.

Of course there are flourishing churches in England, but they are few and far between. England and the rest of western Europe culturally trend 5-10 years ahead of the United States. This isn’t a trend Christians in the U.S. shouldn’t follow.

Lisa Misner Sergent recently spent time in England and will be writing a series of articles about the state of Christianity and missions in that country in upcoming issues the Illinois Baptist newspapers.