Editor’s note: This post is the last in a series on cross-cultural ministry, taken from a round table discussion between four Illinois pastors and leaders. Click here to read more from their conversation, published in the September 29 issue of the Illinois Baptist newspaper. 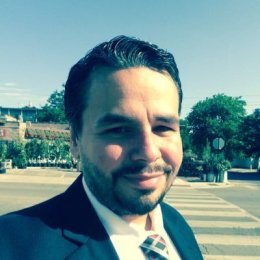 Marvin Del Rios is pastor of iglesia Bautista Erie in Chicago. He will lead worship during the Thursday morning session of the Illinois Baptist State Association’s Annual Meeting at Broadview Missionary Baptist Church in Chicagoland, Nov. 2-3. The theme of the meeting is “Cross-Culture.”

Defining ‘cross-cultural ministry’
When I hear “cross-cultural ministry,” I go to the book of Acts, chapter 6, which talks about the differences between the Hellenistic Jews and the Jews that come from their own land. That is something that we are living within Hispanic or Latino churches right now, which is the way our generations relate to one another.

On a pastor’s responsibility
Even though I am called to go and preach to the nations, I have a burning desire to go and reach my second- and third-generation Latino culture. Unfortunately, there is a huge disconnect with the first, second, and third generations, even though we may speak the same language and may have some of the same traditions.

We have tried to make our church a hub for the community.

Even though I am a second-generation Hispanic leading a predominately first-generation church, a few people that are second-generation have seen me model trying to minister and take care of that first generation. And now, the first generation is taking the extra step to learn a little bit more English. All of that happened with modeling. I could have said, “Fine, I’m concentrating on the second and third generations, and that’s it.” But we still have that need for the gospel for all generations and cultures. It is our responsibility to see it through and make it happen.

We have tried to make our church a hub for the community. Now we are housing an AA meeting for families and a lot of contemporary culture kinds of programs. In a nutshell, the people in our community know we are there to serve. Is it happening really fast? No, I wish it would be faster. But it is getting to the point that we are seeing more of the gospel leading out, instead of the gospel just being planted in our church and staying there.