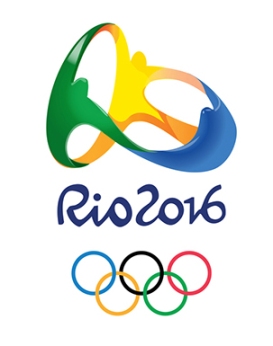 With the Olympic Games set to kick off Aug. 5, Southern Baptist volunteers will be in South America to share the gospel both with local residents and with the thousands of visitors from across the globe.

“There exists no greater opportunity to reach people from over 200 nations in 30 days than the Olympic Games,” said John Crocker, a missions pastor from Alabama who is leading a mission team to Rio. Crocker’s team will engage Rio residents with the gospel through evangelistic block parties and Olympic pin trading.

“There is an openness by people to talk with one another and to talk about spiritual things,” said Sid Hopkins a retired director of missions from Georgia who ministers at the Games by distributing pins made especially for the Olympics that tell the story of Jesus.

“We have seen many people who come to the Olympic Games open to listen to the gospel because the atmosphere created is one of friendship on a global level. Ministry during the Olympics is simply electric.”

Pre-event publicity for the Olympics has been largely negative, due to concerns over the Zika virus, Brazil’s economic struggles, the fitness of Rio’s water supply, the Russian doping scandal, and other issues. But Brazil’s hosting of the 2014 World Cup proved to be successful, and Olympic organizers are banking on a repeat of that success in Rio.

Journalist Tim Ellsworth, former editor of the Illinois Baptist, will cover the Games for Baptist Press, focusing largely on Christian athletes who are competing, including diver David Boudia. He won gold in the 10-meter platform competition in 2012 and is looking to add to his medal count in both that event and the men’s 10-meter synchro competition with his partner Steele Johnson. Both men gave strong testimonies of their faith in Christ following the Olympic trials this summer.

“This is not what my identity is going to be in the rest of my life,” Johnson said. “Yeah, I’m Steele Johnson the Olympian, but at the same time, I’m here to love and serve Christ. My identity is rooted in Christ and not in the flips we’re doing.”

The Illinois Baptist blog, iB2news.org, will have more stories from Rio during the Olympic Games.