Illinois pastor to be nominated for SBC’s First VP 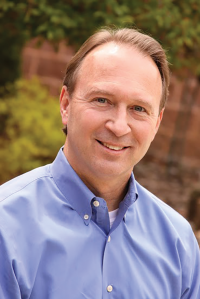 “I am excited to hear that Doug will be nominated for this national role, after experiencing his strong leadership here in Illinois as our state convention president and as longtime pastor of one of our leading churches,” said Illinois Baptist State Association Executive Director Nate Adams. “Doug has all the qualities I would hope for in SBC leadership. He is a conservative, cooperative, humble, thoughtful, missions-hearted pastor who will lead both as statesman and by personal example.”

The nomination will be made by John Marshall, pastor of Second Baptist Church, Springfield, Mo., during the SBC’s annual meeting in St. Louis June 14-15.

Munton, 56, has pastored FBC O’Fallon for more than 20 years, during which time the church has grown from 550 to over 1,600 people in average attendance and has baptized about 2,000 people. In the 2014-15 reporting year, the church gave just over 8% of budget receipts through the Cooperative Program—Southern Baptists unified method of supporting missions and ministry.

He served as president of the Illinois Baptist State Association for two years, and is currently on the SBC’s Committee on Committees. His wife, Vickie, is the president of the Ministers’ Wives Conference this year at the Southern Baptist Convention in St. Louis. The Muntons have four adult children and will soon have their seventh grandchild.

Asked about his reasons for allowing his name to be submitted in nomination, Munton said, “I want to see a continued move in our Convention towards racial diversity and unity. I want to encourage our churches to participate in missions through support of the Cooperative Program. I hope to encourage prayer for a spiritual awakening in our convention and nation.”

The 2016 Southern Baptist Convention will be held at the America’s Center in St. Louis June 14-15. The election for First Vice President is slated for the Wednesday afternoon business session.

Statements from and about Doug Munton, Senior Pastor of First Baptist Church of O’Fallon, Illinois