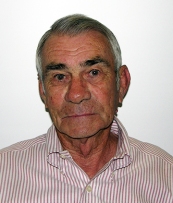 Leesville, Louisiana | A volunteer with a Southern Baptist Disaster Relief (DR) team from Illinois died of a heart attack Tuesday, March 29, while serving flood victims in Leesville, Louisiana. Don Fulkerson, 77, was a member of First Baptist Church of Galatia, Illinois. He was serving with a group of trained relief workers from the church and others from churches around Illinois.

“The callout to Louisiana was Don’s 15th response over a period of only four years and his wife, Margie, was almost always by his side serving whenever the opportunity arose,” said Rex Alexander, Disaster Relief coordinator for the Illinois Baptist State Association (IBSA). “Their faithful service to Christ brought great joy to both of them as they served side by side in the ministry of Disaster Relief,” Alexander said.

The DR team from First Baptist Church of Galatia were first responders in what is expected to be a series of callouts to aid victims of spring floods in Louisiana. Illinois teams will serve alongside teams from around the country.

“Our Illinois Baptist family certainly grieves with and is in prayer for the Fulkerson family, and the entire church family at First Baptist in Galatia,” said IBSA Executive Director Nate Adams. “We appreciate so much Don’s and Margie’s service, along with so many other devoted disaster relief volunteers, and we are confident that Don’s life and sacrifice will bring eternal rewards, both to him and to the lives he touched.”

The North American Mission Board (NAMB) coordinates Southern Baptist Disaster Relief on the national level. NAMB president and former Illinois Baptist pastor Kevin Ezell extended his condolences to the family of Fulkerson as they mourn his passing. “Don is a great example of someone who chose to stay active into his later years and to contribute in a way that truly made a difference in the lives of others,” said Ezell. “I pray that his wife Margie and his entire family will feel God’s love and comfort during these days and that they will also be aware of the gratitude and appreciation for them from their entire Southern Baptist family.”

IBSA has 1,600 trained volunteers who serve as part of the Southern Baptist Convention’s Disaster Relief ministry (SBDR), the third largest relief agency in the United States. Disaster Relief often responds to natural disasters by providing feeding stations, mobile kitchens, child care, and chaplains. In the case of flooding, volunteers in their signature yellow shirts  help homeowners with “mudout,” clearing flooded properties of debris and contaminated building materials, so they can begin rebuilding and recovery.