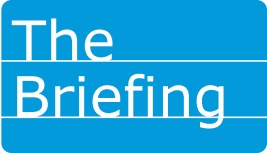 States debate religious liberty protections
Within the last 24 months, state legislators have introduced almost 100 (and counting) “targeted laws”—legislation designed to give legal cover to business owners, religious schools, and ministries that affirm the sanctity of marriage between one man and one woman.

US to decide if Christians face genocide from ISIS
For two years, ISIS has been terrorizing Christians and other religious minorities in Syria and Iraq. March 17 Secretary of State John Kerry will have to tell Congress whether the United States will officially label ISIS’ actions a “genocide.”

ERLC, IMB urge prayer for refugees March 15
The March 15 focus of the campaign — #PrayForRefugees — comes on the fifth anniversary of the outbreak of hostilities in the Middle Eastern country. The ERLC and its partners are calling for churches, small groups, Christian organizations, families and individuals to pray for the more than 13.5 million Syrians who need humanitarian assistance as a result of the conflict.

Voters don’t care about candidates’ generosity
Americans contributed $358 billion to charity in 2014, according to Giving USA. How much did each current presidential candidate contribute to that record-setting sum? The candidates, for the most part, are not telling, and pollsters, the media, and voters are not asking.

Workplaces get chaplains
A number of companies have hired spiritual leaders to serve on their staffs. Though slightly less trendy than nap rooms and yoga classes, workplace chaplaincies are another attempt to make workers more productive by catering to their “whole” selves.