The Briefing: ‘LSD in the water,’ says Moore, ‘Make them a cupcake,’ says Kaisch 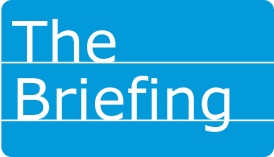 ‘LSD in the water,’ says Moore
Here & Now’s Jeremy Hobson interviewed Russell Moore, president of the Ethics and Religious Liberty Commission, Feb. 29 covering the issues evangelical voters are most concerned about and how the tone of the campaign is resonating with them. “I think this campaign gives me reason to think someone has released LSD into the water system in this country, and every single day one looks at the news and cannot even fathom that it’s happening,” Moore cracked.

Baptist group: Keep church, political parties separate
Jon Akin wants members of his congregation in Lebanon, Tenn., to be politically engaged, but the Southern Baptist pastor thinks sermons should focus on the issues, not a particular candidate or political party. He belongs to Baptist21, a group of young Southern Baptist ministers who want a clear division between their denomination and the Republican Party.

Survey spotlights refugees, churches & fear
When it comes to helping refugees, Protestant churches and their pastors are often separated by faith and fear, according to a new survey from LifeWay Research. Most pastors say Christians should lend a hand to refugees and foreigners, and believe caring for refugees is a privilege. But pastors say their churches are twice as likely to fear refugees than they are to help them.

Kasich tells Christian bakers, ‘Make them a cupcake’
Republican presidential candidate John Kasich said that social conservatives need to “move on” from the issue of gay marriage and Christian wedding vendors shouldn’t deny service to same-sex weddings. Although Kasich, an Anglican, believes marriage is a union between one man and one woman, he said conservatives need to move on to more important issues.

One response to The Briefing: ‘LSD in the water,’ says Moore, ‘Make them a cupcake,’ says Kaisch