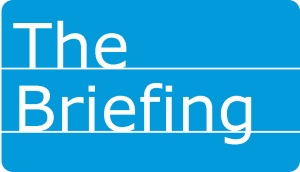 THE BRIEFING | On the evening before she and her family had planned to return overseas, Kyra Lynn Karr, a Southern Baptist missionary to Italy, was killed in a traffic accident, Aug. 13.

“Kyra is a shining example of a life well lived: as wife, as mom and, most importantly, as follower of Christ committed to proclaiming His gospel in dark places and among difficult to reach people,” said IMB President David Platt. Learn more about Kyra’s life and her family at IMB.org.

Pastors believe not all divorces are created equal, but for many Americans any reason is as good as another according to new research from LifeWay Research.

The Internal Revenue Service will not revoke the tax-exempt status of religious organizations that object to same-sex marriage, IRS Commissioner John Koskinen has promised at least twice in recent weeks.

But some tax code experts say the commissioner’s commitments are not a guarantee of tax shelter for organizations. “Leaders of religious organizations must also keep in mind that federal income tax exemption is only one front with respect to this issue,” CPA Michael Batts noted. “State and local tax exemptions of various types, as well as other areas of law like housing, zoning and land use are administered by countless agencies all over the country. Federal, state and local officials administering these other areas of law are not bound by the comments of the IRS commissioner or, for the most part, by federal tax law.”

A Minnesota study that found lesbian teens four times more likely to become pregnant than their heterosexual peers has been called a predictable reflection of the homosexual community’s apparent emphasis on sexual activity.

Evan Lenow, assistant professor of ethics at Southwestern Baptist Seminary, said the new study confirms previous studies. “Individuals who identify as lesbian and gay are much more likely to experiment with sex and have many more sexual partners than their heterosexual counterparts. Some of these teens who identify as lesbian and gay may be simply experimenting with all types of sexual partnerships and thinking less about the ramifications of such experimentation.” Read more of the study’s findings at BPnews.net.

Last week, Union University informed the Council for Christian Colleges and Universities (CCCU) that it will withdraw from the coalition in the wake of two member schools changing their hiring policies to include same-sex couples.

The move comes after Mennonite-affiliated Goshen College, a CCCU member, announced that it would extend benefits to the spouses of legally married same-sex couples.