With only one day remaining before the kickoff of the 2015 SEND North America Conference, a completely sold-out event, Esther Fasolino had only a single word to say in explanation of why she was attending, “Missions!”

Fasolino is a member of Immanuel Baptist Church in Toronto and was enthusiastic about this highly anticipated conference. “We’ve come to learn,” she said. “The breakout topics are fantastic.” Her friend, Ivonne Anlar, chimed in, “We want to share the experience with as many people as we can.”

This two-day gathering in North America aims to see a movement of people from within the church, across the entire country, living out the mission of God in every aspect of their everyday lives.

SEND 2015 was hosted this year at Nashville’s Bridgestone Arena August 3-4 and was sponsored by the North American Mission Board and the International Mission Board. Between participants and volunteers, almost 14,000 were in attendance.

At a Sunday briefing, SEND Conference executive director Aaron Coe reminded event volunteers that just five short years ago, a mission gathering like this was only a dream. Coe said approximately 280 pastors were registered and bringing some 8,200 members from their congregations.

“This conference is about aligning our lives behind God’s plan to advance His kingdom,” Coe said. “We want to change the conversation and help people understand they are ministers. God wants us to use each of these people to share the Gospel with their neighbors and friends. I can’t wait to see what God will do.”

Halsey expressed that both NAMB and IMB leadership were well-represented, and anybody who walked away doubting whether or not the two agencies are working more aligned than ever in their vision, strategy, and fellowship… might have gone to the wrong conference.

Rex Alexander, Director of Men’s Ministry and Missions Mobilization for IBSA, said the worship and times of preaching were a blessing but that new IMB president, David Platt, was particularly inspiring. “I just love his passion. Every time he speaks it’s a great encouragement to me to keep doing what I’m doing here in Illinois with missions and helping our people move towards the ends of the earth.”

SEND 2015 drew church members and leaders from all 50 states and four Canadian provinces. And the event’s missional focus permeated everything. Three stations were even set up throughout the venues where participants could respond to missions callings. A six-week, next steps Bible study was also launched through the Send North American Network on Monday, August 10.

Member of IBSA’s Church Planting Team, Charles Campbell, said the two days brought a great atmosphere. “The main voice that I heard was this: every life needs to be lived on mission. Don’t waste the opportunity, and use the gifts God has given you to make an impact for him.” 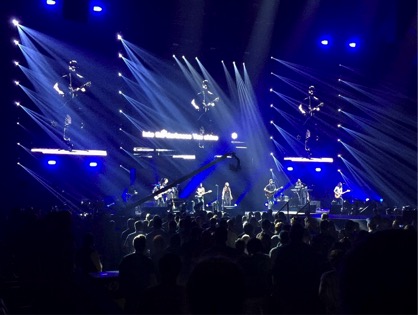 Worship was led over the course of the 2 days by various bands and artists such as David Crowder, Casting Crowns, Shane and Shane, and the Passion worship band. 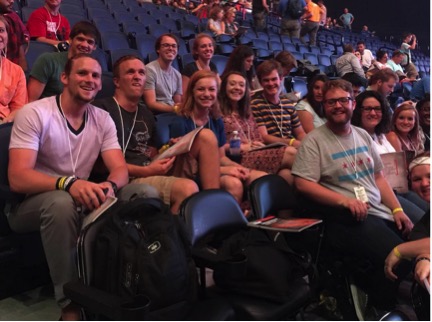 Chicago’s Transplant crew was ready for the first session of SEND Conference 2015 to start.