Who reports, who decides? 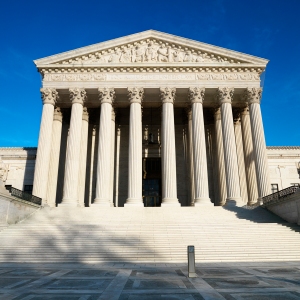 The U.S. Supreme Court ruled June 30 in favor of Hobby Lobby and Conestoga Wood Specialties, deciding that the companies do not have to cover abortion-inducing drugs in their employee health plans.

The recent U.S. Supreme Court ruling in the Hobby Lobby case allows employers with religious objections to opt out of providing contraception coverage under the Affordable Care Act. On the surface, one could read that sentence and assume that Hobby Lobby will not provide any contraception coverage to its employees. In talking with friends who only get their news from mainstream media, I found this is what they actually believe.

I will admit that as a self-described “news junkie” I may be better informed on the issue than they are. I read the daily newspaper as an elementary school student, was an early viewer of CNN, read Time and Newsweek magazines in the school library, and became a fan of talk radio in college. The advent of the Internet opened up a whole new world of news for me, beyond the big three networks.

This exposure to a wider variety of news and opinions widened my worldview. As the years have passed, I’ve become less trusting of the old news sources and prefer to investigate more myself.

In this case, I knew from sources I trusted, including the Southern Baptist Convention’s Ethics and Religious Liberty Commission and Baptist Press, that the Food and Drug Administration has approved 20 contraceptives that are required to be covered under the Health and Human Services (HHS) mandate. Four of these are considered abortifacients. These four drugs are the only “contraceptives” Hobby Lobby was refusing to provide for its employees.

So, when the high court’s ruling was announced, I understood what it meant and explained it to a couple of friends in an animated discussion: Hobby Lobby and similar “closely held companies” would continue to provide contraceptive coverage for their employees, but would not pay for abortion-causing drugs.

My friends, who rely on the old guard media, were outraged by the ruling.

None of the mainstream media really explained what the ruling means, or that it is a victory for religious liberty. Instead, the Christians in these cases have been portrayed as bigots who want to deny women their rights and are surprisingly finding new allies in the male justices of the U.S. Supreme Court.

Is this inaccurate portrayal purposeful? I know what I think, but I’ll let you decide. In the meantime, I’m putting on my earbuds. I have a podcast to listen to.

Lisa Sergent is director of communications for IBSA and contributing editor of the Illinois Baptist newspaper.