The Southern Baptist Convention, in pictures

Baltimore | “Lord, send a revival.” The Southern Baptist Convention’s annual meeting was focused on spiritual awakening and renewal, starting with focused prayer by individual believers and churches, extending to the denomination and the nation. As SBC President Fred Luter said, “Let it begin with me!”

Luter, pastor of Franklin Avenue Baptist Church in New Orleans, brought the crowd to its feet during a Tuesday evening revival service.

Francis Chan urged his listeners at the SBC Pastors’ Conference to yearn desperately for God’s presence and power. 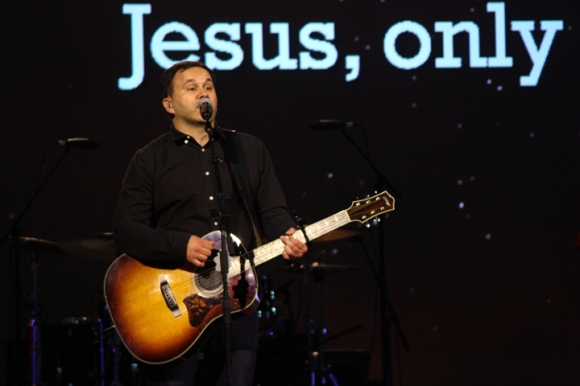 Matt Redman, author of numerous praise anthems sung around the world, led in worship at the SBC Pastors’ Conference prior to the start of the annual meeting.

Redman was joined by a choir from Biltmore Baptist Church in Asheville, North Carolina.

David Platt gave his listeners at the Pastors’ Conference 25 attributes of God from Pslam 68. “Once you get a taste of the glory of God, you find yourself possessed by an insatiable passion for more and more and more,” said the pastor of The Church at Brook Hills in Birmingham, Ala. “You want God more than anything else.” 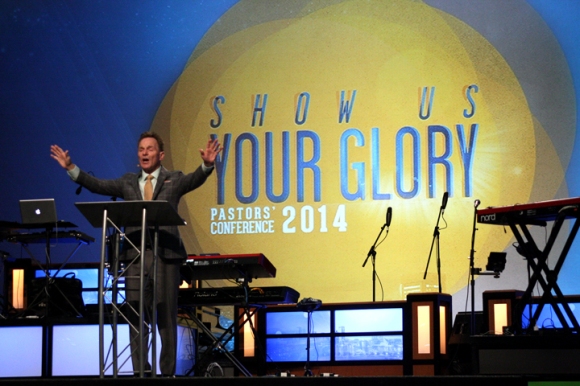 Luter led the crowd: “Lord, send a revival, and let it begin with me.” 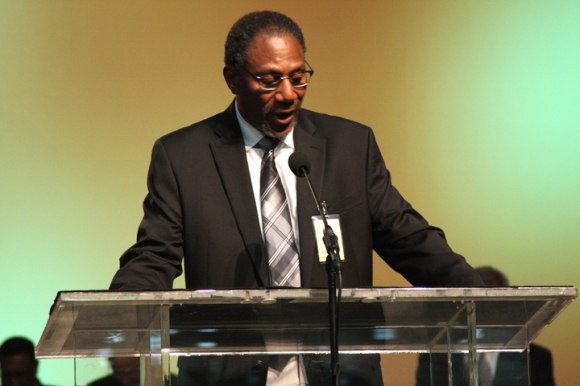 Marvin Parker, pastor of Broadview Missionary Baptist Church and a member of the SBC Committee on Order of Business, closed the revival service in prayer.

Tom Elliff, president of the International Mission Board, is given a standing ovation during his report. Elliff asked trustees in February to begin looking for his successor.

Russell Moore, president of the Ethics and Religious Liberty Commission, used his report to present an award to the Green family, the owners of Hobby Lobby. The Supreme Court currently is considering whether Hobby Lobby has to provide abortion-inducing drugs in its employee health care plans.

Moore also presented an award to imprisoned pastor Saeed Abedini. His wife, Naghmeh, accepted on behalf of her husband, a former leader in Iran’s house church movement who was arrested in 2012. 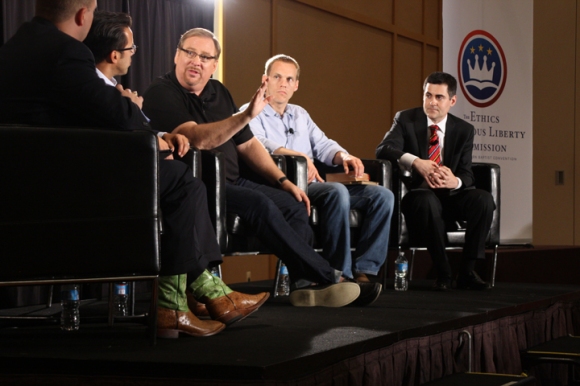 Jack and Wilma Booth of Calvary Baptist Church in Elgin pray in their seats for Pastor Saeed Abedini, imprisoned in Iran.

Page presented a plaque of appreciation to Luter, on stage with his wife, Elizabeth, son and daughter-in-law. 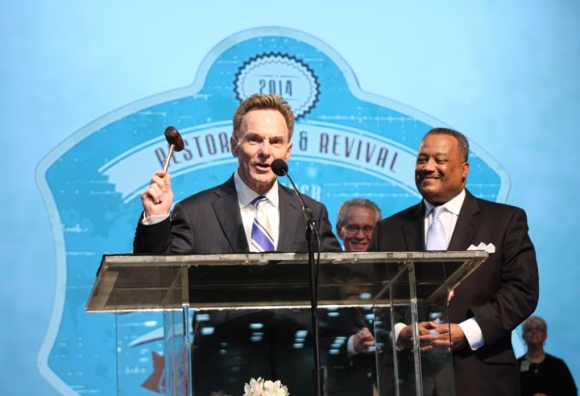 Luter passed the gavel to Floyd, who officially closed the Baltimore meeting. The 2015 Southern Baptist Convention Annual Meeting will be in Columbus, Ohio, June 16-17.