Missional impact in your state

My first international mission trip took place on a farm in central Kentucky.

As a new pastor in the community, I often found myself interacting with migrant workers from Central and South America. I soon realized that most were spiritually lost.

From conversations with farmers, I learned many of them were as concerned as I was about the eternal state of the souls of these (mostly) men who were so far away from their homes and families.

As we began to pull together churches in our association and piece together a plan to begin a migrant ministry, we found an organization ready and eager to help us: our Baptist state convention. With the assistance of our state convention staff, we were soon seeing people from all over Mexico, Guatemala, Honduras and Nicaragua come to Christ — though we never left Kentucky.

Ministries in our 41 Southern Baptist state conventions vary from state to state, but their mission is the same: help churches reach their state and our world for Christ.

From my past experience as a pastor and state mission leader, I have seen firsthand the missional impact of state convention ministries. Where I served in Kentucky, more than 100 missionaries in the state receive varying levels of support for their work.

Ministries to refugees, migrants and ethnic minorities often are led or assisted by state convention team members and resources. State conventions help facilitate church planting, church strengthening and revitalization efforts as well as provide evangelism training and coordinate disaster relief ministry. In many states, collegiate work is led by the state convention and support is also provided for the ministry of local Baptist associations.

One of our adopted daughters was rescued and kept safe by our state convention’s orphan and foster care ministry before she came into our family. The lives of unborn children are being saved by crisis pregnancy centers that are often funded, in part, by the state convention. Several state conventions are actively involved in lobbying efforts for legislation to protect unborn children from the horror of abortion.

Many state conventions provide training and funding for prison ministries, through which inmates are hearing the Gospel, trusting Christ and being baptized by local churches. Women in the adult entertainment industry are being shown pathways to freedom and salvation, and churches are equipped for ministry to the homeless and those suffering addiction.

Across America, people are finding new life in Christ as churches work together through their state convention ministries. In addition to your church’s ongoing Cooperative Program support, your annual state mission offering is an opportunity for Great Commission and Great Commandment giving. Will you join my family and be a part of what God is doing through these ministries by giving through your state mission offering this year?

This week is the Week of Prayer for State Missions in Illinois. Learn more about MissionIllinois.org.

Paul Chitwood is president of Southern Baptists’ International Mission Board and a former executive director of the Kentucky Baptist Convention. Reprinted from Baptist Press.

Pray for IBSA’s mission mobilizers. Pray about your personal commitment to missions nearby and far away.

Pray for stronger student ministry in all churches, and for IBSA missionaries who equip leaders.

About two million Illinois residents were born outside the U.S. Second-generation church planting catalyst John Yi and strategist Jorge Melendez work with immigrants in Chicagoland. They help new churches so everyone can hear the gospel in their heart language.

Pray for IBSA’s church planting team who are uniquely fitted to reach generations of families that others may not. 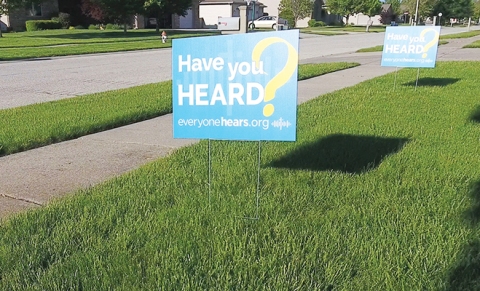 Everyone Hears is a new initiative from IBSA to saturate the state of Illinois with the gospel of Jesus Christ, starting with concentrated efforts in places without a gospel witness. IBSA’s Eddie Pullen trains churches to start new congregations in target communities.

Pray for IBSA church planting catalysts working so everyone hears the gospel in Illinois.

Relief agencies respond to urgent needs after storm
Hundreds of people are still missing in the Bahamas in the aftermath of Hurricane Dorian, which did massive damage in the island nation as it crawled toward the U.S. coast. At least 44 people died in the storm, local officials have said. Samaritan’s Purse is among the ministry organizations on the scene, assisting with medical care, emergency shelters, and water filtration, The Christian Post reports.

Baptist Global Response also is coordinating aid in the Bahamas, supplying food, blankets, and hygiene kits to families in need.

Newspaper reports on Baptist church autonomy
The Houston Chronicle continues its coverage of Southern Baptist response to sexual abuse in the denomination with a new story on the doctrine of church autonomy. A new lawsuit filed in Virginia claims local, state, and national Southern Baptist leaders were negligent after eight boys were abused by a youth minister. The suit, the Chronicle reports, is rare in that it names the SBC as a defendant. And some leaders new policies adopted by the SBC could make the denomination vulnerable to future lawsuits.

Southern Baptists celebrate ‘Baptism Sunday’
Churches across the Southern Baptist Convention held baptism services Sept. 8 as part of a denomination-wide focus on the ordinance. “I was encouraged to see so many churches issue an intentional call to embrace the Lordship of Christ and express that through baptism!” SBC President J.D. Greear told Baptist Press. “May God give these churches grace to ensure these are not just converts but disciples.”

Church exodus continues, but Barna finds ‘resilient disciples’
Barna says 64% of people 18-29 years old who grew up in church have withdrawn as an adult after having been active as a child or teen. About one-in-ten young Christians, though, run counter to the trends, Barna reports. Among several markers, these “resilient disciples” are involved in a faith community beyond worship attendance and strongly affirm the Bible is inspired by God and contains truth about the world.

More than 700 people were baptized in IBSA churches in the month of April. “One GRAND Month” focused on baptism, which increased 7% last year. But we have a long way to go.

Pray for new believers. And pray for IBSA churches to reach unbelieving people with the gospel throughout the year.